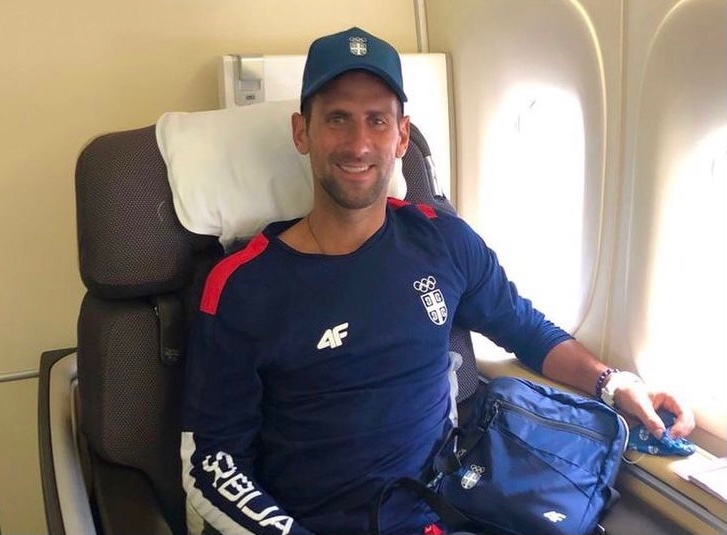 Novak Djokovic Failed to Isolate After Testing Positive for COVID-19: ‘This Was an Error’

Serbian tennis star Novak Djokovic failed to isolate after receiving a positive test and allegedly lied to the Australian government about his travel documents.

The athlete tested positive for the virus on December 17th and on December 18th, he was seen engaging in a photoshoot and interview. When the 34-year-old took to social media to offer his thought process, he explained that he “didn’t want to let the journalist down” by canceling an interview that was a “long-standing commitment.”

“I didn’t want to let the journalist down, but did ensure I socially distanced and wore a mask except for when my photograph was taken,” Djokovic wrote on Instagram.

He concluded his talk of COVID-19 related controversy with the sentiments, “While I went home after the interview to isolate for the required period, on reflection, this was an error of judgment and I accept that I should have rescheduled this commitment.”

The tennis player then addressed his submitted travel documentation that held false information. According to Djokovic, lying to the Australian government was a simple mistake. He relayed, “This was a human error and certainly not deliberate.”

As a preventative COVID-19 measure, the Australian Border Force applied different rules towards those who are vaccinated or unvaccinated. Djokovic, who is unvaccinated, allegedly lied about his travel status on the official documentation. Despite knowing that he could not travel 14 days before his arrival in Australia he was seen in both Spain and Serbia. Although he had visited two countries, his documentation implied he had not been traveling.

According to the Australian Department of Home Affairs, Djokovic could face up to 12 months in prison for lying on official government documents about his travel status.

However, the tennis star claimed that the box was wrongly marked by his management team. “We are living in challenging times in a global pandemic and sometimes these mistakes can occur,” he said. “Today, my team has provided additional information to the Australian Government to clarify this matter.”