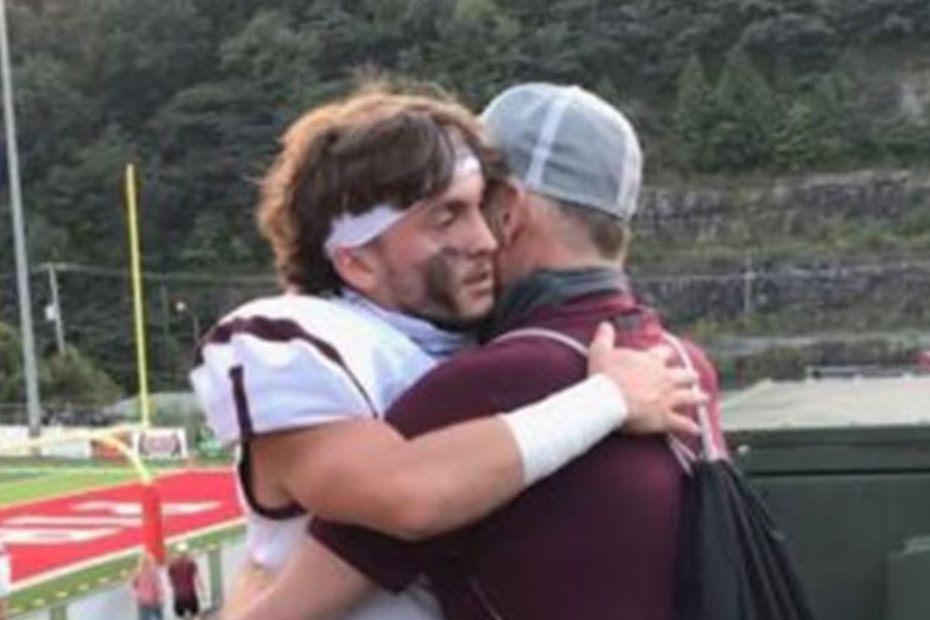 On September 11, Cade Sullivan just got finished playing a high school football game when he spotted his dad. He immediately ran over to embrace him.

A photo of the mom was captured by one of Cade’s father’s nurses, Jerree Humphrey. As it turns out Cade’s father, Scott Sullivan, had terminal cancer and one of his last wishes was to watch Cade play football one last time.

Jerree made that dream a reality despite the concerns of the world right now. As CNN reports, Scott was diagnosed with “leptomeningeal carcinomatosis, a complication of cancer in which the disease spreads to the membranes surrounding the brain and spinal cord” earlier in August.

At the time, doctors gave him two to four months to live and admitted him into Hospice of Lake Cumberland in Kentucky. That is where Scott met Jerree.

The nurse and the patient became fast friends, and Jerree knew Scott was holding on long enough to see his son play in his first football game of his sophomore season. The biggest hurdle was getting Scott to the away game, which was three-and-a-half hours away.

Jerree told CNN she had her doubts. “I thought you know you’re talking seven or eight hours in the car and I said I don’t know how safe that would be or how realistic,” the nurse said.

But that didn’t mean Jerree didn’t try to make it happen, and after reaching out to a local airport, she received a call from a dentist who owns an aircraft and who offered to fly the dad to Cade’s game for free. “You could just not help but cry,” Jerree said of the moment Cade ran into his dad’s arms. “He just embraced him so hard and was just so thankful for him to be there.”

“Him being able to be there, even in the circumstances that he’s in, and still being able to show up and support me makes me want to play two times – ten times – better than I ever have,” Cade told Somerset-Kentucky. Scott had another dream of getting to see Cade play in his first home game the following weekend. It’s unclear if that was able to happen as well.