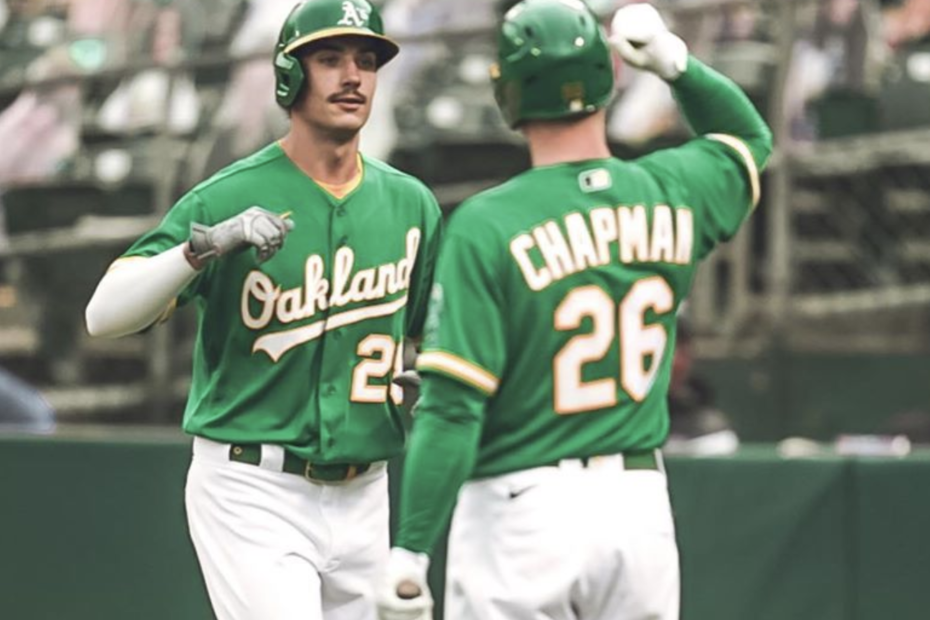 Argument Between the Oakland Athletics and Houston Astros, Previous Cheaters, Turns Into Full Out Brawl

Argument Between the Oakland Athletics and Houston Astros, Previous Cheaters, Turns Into Full Out Brawl

The MLB is known for its bench-clearing brawls that leave everyone scrapping on the diamond, however, in the age of COVID-19, those brawls were outlawed, and deemed extremely unsafe. There were no fights or brawls through the first few weeks of the season, but eventually, tensions boiled over, and the MLB had its first brawl of the season.

The brawl occurred in the 7th inning of none other than the Houston Astros game. The Astros, who were recently caught cheating, are the most hated team in the MLB and have already had a conflict with the L.A. Dodgers this season.

Their brawl occurred when they were playing the Oakland A’s, their main competition in the AL West, and a team that was undeniably affected by the Astros cheating in the past. Ramon Laureano was at-bat. He has a history with the Astros, being in their organization in 2017 before being traded to the A’s. Laureano had already been hit the previous day by Astros pitcher Humberto Castellanos, and in his previous at-bat by Brandon Bailey, who was coincidently the pitcher that was traded to the Astros in 2017 in exchange for Laureano.

So in the bottom of the 7th inning, with 1 out, Laureano was at-bat. Castellanos was pitching. And once again, he beaned Laureano. Understandably, Laureano was upset, as this was the third time he had been hit in the series, and he exchanged some words with Castellanos on his way to 1st base. However, he was soon stopped by the words of Astros batting coach Alex Cintron. It is not clear exactly what Cintron said, but it definitely got Laureano’s attention, as he started walking towards the Astros dugout. After a few more words, Laureano was sprinting full speed at Cintron. According to A’s manager Bob Melvin, Laureano “would not charge the dugout unless something completely offensive comes out of it.”

Laureano was taken down by Astros catcher Dustin Garneau before he got to Cintron, which started a brawl that sent players from both dugouts, the stands, and the clubhouse onto the field. In a world of COVID-19, this was the worst-case scenario for the MLB. When the brawl started, players discarded all efforts to social distance and scrapped on the field. Both Garneau and Laureano were ejected, and Laureano will almost certainly receive a suspension. The question many are asking is what will happen to Alex Cintron.

Cintron stepped back when the fight started, but he was the one who provoked Laureano in the first place. Some reports have said Cintron made a comment regarding Laureano’s mother.

Astros manager Dusty Baker could not comment on the incident, as he had been ejected in the previous inning for arguing about a strike call.