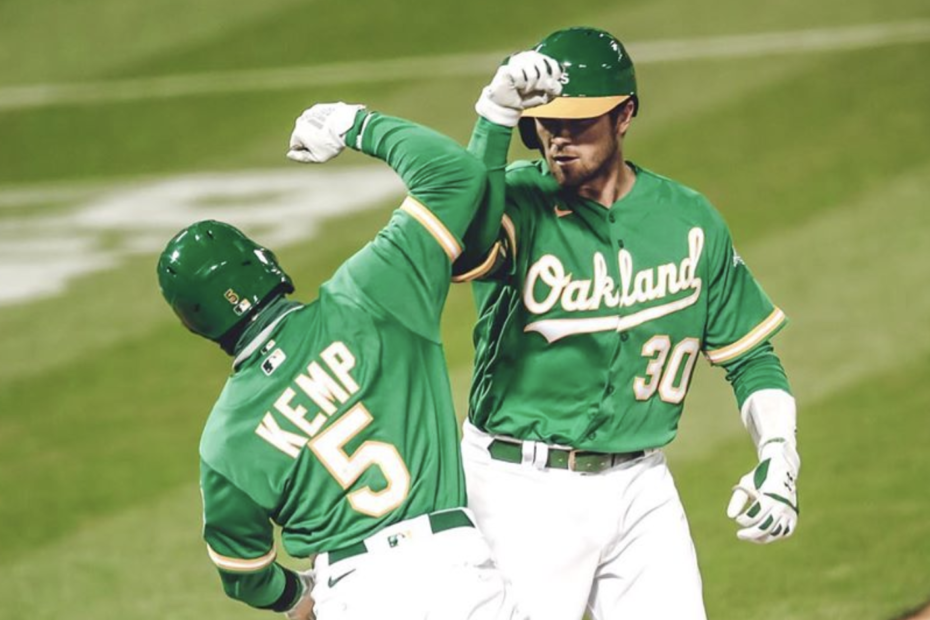 After the Oakland A’s win against the Texas Rangers on Thursday, bench coach, Ryan Christenson, tried to congratulate his team in a COVID safe way, however, it ended up looking like something much worse.

During the elbow bump line after the game, Christenson tried to get innovative with his form, this was not a good idea. Instead of going with the standard bent arm approach, Christenson opted to keep his arm straight, which ended up looking exactly like a Nazi salute.

As seen in the clip, Christenson stopped his gesture when pitcher Liam Hendricks walked by. Hendricks reportedly said “No, no straight arm, you have to bend your arm” this made Christenson pause. He then realized, and repeated the gesture, looking up at his arm saying “Oh, I see what you mean, oh no, it’s like ‘Heil Hitler.’” He then tried to disappear into the dugout.

RELATED: 20 Tattoos That Any Baseball Lover Could Rock

After the game, in an interview with A’s beat writer, Susan Slusser, he said of the gesture: “Obviously I wasn’t doing that intentionally. I just blacked out, my mind wasn’t there and I spaced out. I’m sure it looks terrible. I did it but it was not intentional. I don’t know what more to say.”

Both the A’s and Christenson released official statements regarding the incident, and they both apologized. Aside from some skeptics, almost everyone has accepted that the incident was an accident. Videos have also surfaced of Christenson with his arm bent during the elbow bump line during previous games, so this was clearly a one-time occurrence.

“I’m cringing inside picturing myself,” Christenson said. “Of course I’m sorry for it – it’s like standing there with my middle finger up. Anyone should know better.”