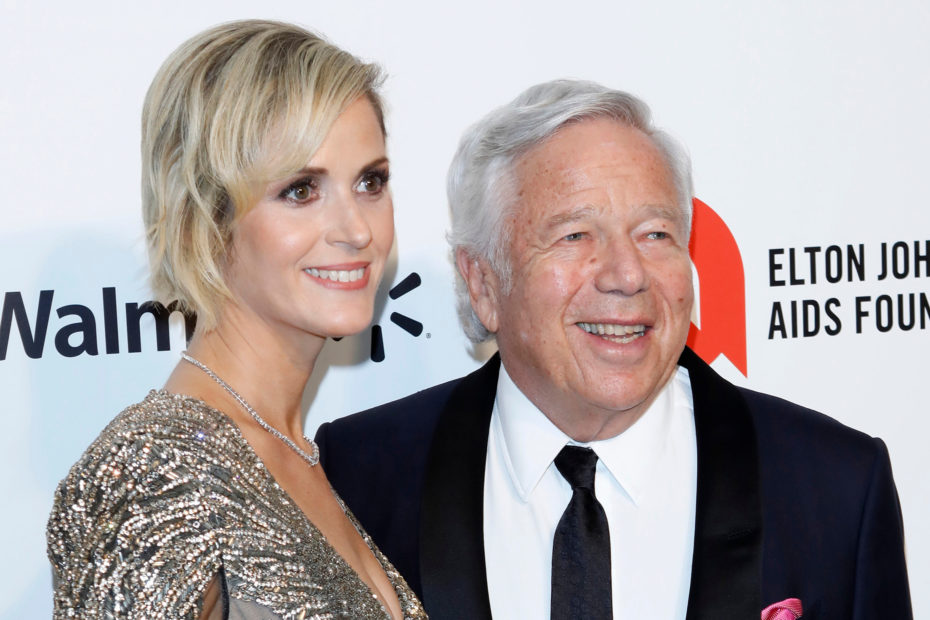 After Dating Since 2019, Robert Kraft Excitingly Marries the Love of His Life!

The event hosted 200 guests, many of which didn’t realize they were attending a wedding. According to sources, many guests were under the impression that Kraft and Blumberg were simply hosting a party. “Most of the people didn’t know it was a wedding celebration,” one source told PEOPLE in an exclusive interview.

“We thought it was a party and then when we went upstairs — and [a] screen opened and Robert and Dana came out. She was in a wedding dress, and Elton John announced them as ‘husband and wife,'” the source continued. “Then Meek Mill wrote a song for them — which he sang with Ed Sheeran as backup.”

When Ed Sheeran spoke of the wedding in an interview afterward, he revealed that he performed his song ‘Perfect’ as their first dance.

“Well, it was mad ‘cause it was ‘Perfect,’ and ‘Perfect’ [is] the one that everyone always wants for their first dance, but I’ve never done it before,” the singer said during his appearance on Wednesday’s episode of SiriusXM’s The Morning Mash Up. “That was my first time doing it. So I’m sort of looking at them dancing and I’m like: ‘Oh, this is the first time I’ve actually done this for a first dance.’”

This performance was also rare for Sheeran, as he doesn’t typically perform weddings. But, for Kraft, he was willing to pull some strings. “I’ve always had a lovely relationship with him, he’s super sweet,” Sheeran said of Kraft. “I’m always either playing a gig on a Saturday or I’m with my family on a Saturday, but his was on a Friday night and here we are.”

The New England Patriots owner and his now wife reportedly first got engaged in March and have been planning the celebration every since. After waiting months, it seems like the long wait was well worth it.

According to attendees, the wedding was incredibly extravagant – the food included caviar, Reubens, pigs in a blanket, and knishes. Many members of the crowd were notable figures, including  Tom Brady, Jon Bon Jovi, Kenny Chesney, NFL Commissioner Roger Goodell, and NBA Commissioner Adam Silver.