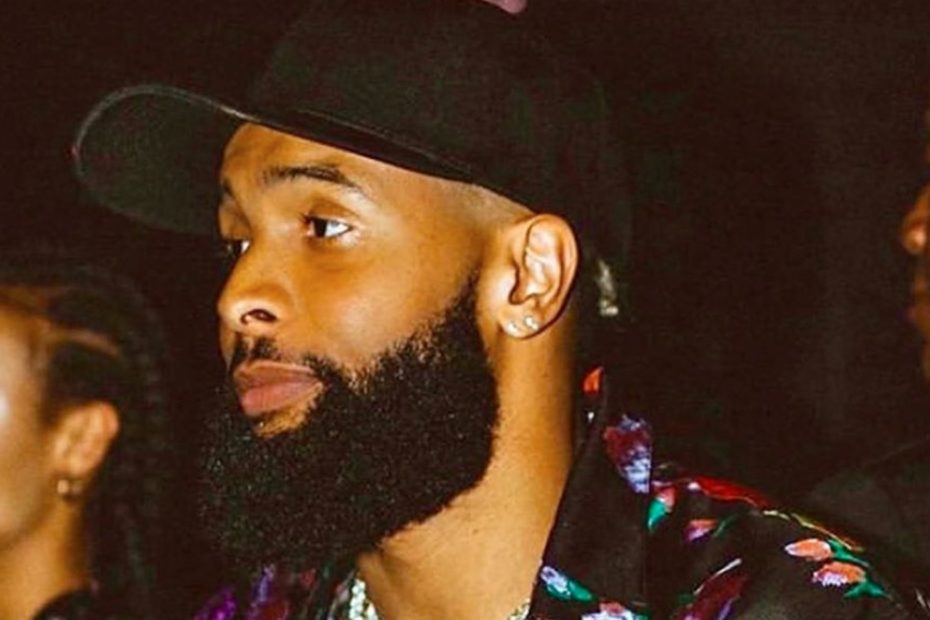 Odell Beckham Jr. Seemingly Responds to Allegations That He Likes to Be Pooped On

Odell Beckham Jr. Seemingly Responds to Allegations That He Likes to Be Pooped On

When it comes to being one of the top wide receivers in the NFL, people are going to talk about you. Now, it can’t be known if what they are going saying is good or bad, or even true for that matter, until they say it out loud, but we guess it just comes with the territory.

According to Barstool Sports, a woman has claimed to have had relations with Cleveland Browns wide receiver, Odell Beckham Jr. The woman, identified as, Slim Danger, claimed that OBJ reportedly has a poop fetish in which she says he asked her to take pictures and videos of herself while using the restroom and then allegedly asked her to, umm, poop on him while they were having sexual relations.

(Warning: The below video using language that some may find offensive and vulgar.)

Yeah, we’re not kidding, she said all that in just two minutes. But what we don’t know is if what Slim Danger is saying is really true or not. Barstool reports that they don’t believe it because “OBJ has his pick of the litter, and you’re trying to tell me he chose SLIM DANGER?”

Since the podcast has gone viral, both OBJ and his current girlfriend, Lauren Wood, are seemingly “unfazed” by the rumor. According to The Blast, the same night the podcast was shared with the world, Wood took to her Instagram stories to share a “sultry” selfie video showing off her natural hair. She wrote, “air-dried waves” with a heart-eye emoji.

While she didn’t directly comment on the situation, the time and context of the post make it seem as though she’s not worried about what others are saying about OBJ. And based off of Odell Beckham Jr.’s latest Instagram post, he’s not bothered by the rumors either.

As Complex reports, OBJ captioned a picture of him at practice, “Can’t knock me off my pivot… no matter what shxts thrown my way.” Could that be a subtle dig at Danger? Many people in the comments section of the post seem to think so.

Also in the comments section was Wood. She wrote, “*on you,” as if Odell Beckham’s post should have read, “Can’t knock me off my pivot… no matter what shxts thrown *on you*.” She also included the Pinocchio emoji, a handful of laughing emojis, and the clown emoji seemingly calling Danger’s comments a lie.

Seriously, how did we end up here? But do we really expect anything less in the year 2020?