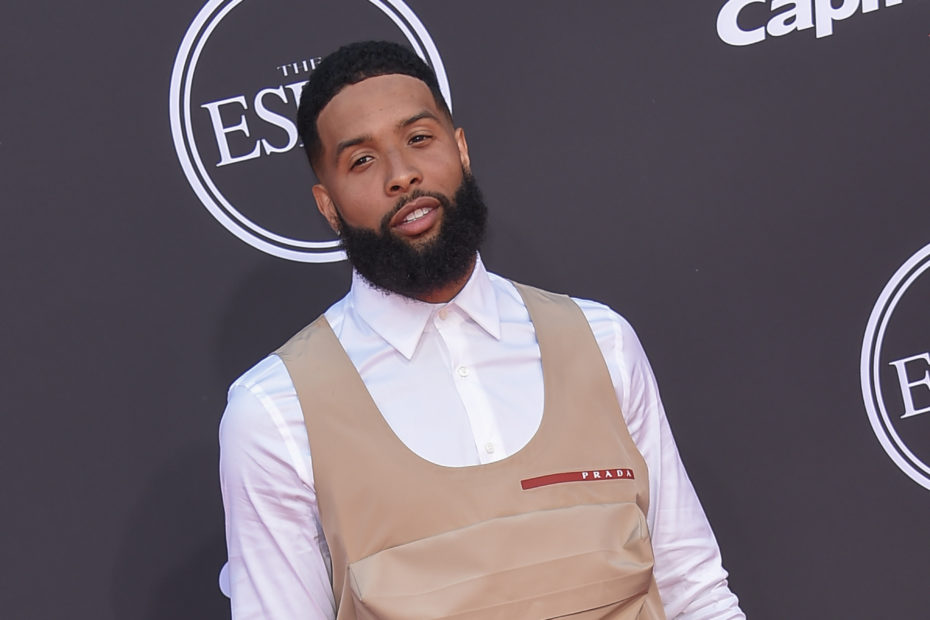 Odell Beckham Jr., 30, and His Lawyer Claims He Was NOT Disruptive When He Was Asked to Exit a Flight

NFL free agent Odell Beckham Jr. was asked to leave a plane after allegedly disputing with flight attendants. However, now he and his lawyer claim that a dispute never occurred.

Over the weekend, the wide receiver was kicked off a flight at Miami International Airport after failing to listen to flight attendants telling him to put on his seatbelt. Despite a statement released by Miami-Dade Police Department arguing that the athlete failed to listen to directions, Beckham’s attorney, Daniel Davillier, argued that his client was the subject of an “overzealous flight attendant.”

“The flight crew was concerned for a passenger (Mr. Odell Beckham), as they tried to wake him to fasten his seat belt, he appeared to be coming in and out of consciousness, prior to their departure,” the police department initially shared. They added the information, “the attendants called for police and fire rescue. Upon the officers’ (sic) arrival, the flight crew asked Mr. Beckham several times to exit the aircraft, which he refused.”

Despite the fact that the flight team was concerned for the NFL player’s health, Davillier believes that the entire incident was unnecessary and argued that there was never a time in which his client was disruptive. “At no time was Mr. Beckham disruptive or combative,” the attorney commented.

“He was willing to comply with the seatbelt requirement, but the flight attendant wanted to prove that he had the authority to have Mr. Beckham removed from the flight,” Davillier continued in a statement.

Odell Beckham Jr.’s behavior was ‘normal practice for long flights,’ according to his lawyer

In the midst of the statement issued to NFL Network, the lawyer detailed explicitly his client’s recount of the Sunday flight. He shared, “The flight was delayed after boarding and prior to taking off. Mr. Beckham fell asleep with his blanket over his head, which is his normal practice for long flights… The overzealous flight attendant insisted on removing everyone from the plane instead of simply allowing [him] to fasten his seatbelt and proceed with the flight.”

Davillier added, “He was willing to comply with the seatbelt requirement, but the flight attendant wanted to prove that he had the authority to have Mr. Beckham removed from the flight. The airline proceeded to send [his] luggage to Los Angeles without him.”

The attorney concluded with the sentiments, “That incident was unnecessary. Sleeping on a plane should not be a cause for removal from a flight. If they could wake him up when the flight returned to the gate, then they could have done the same thing to ask him to put on his seatbelt.”