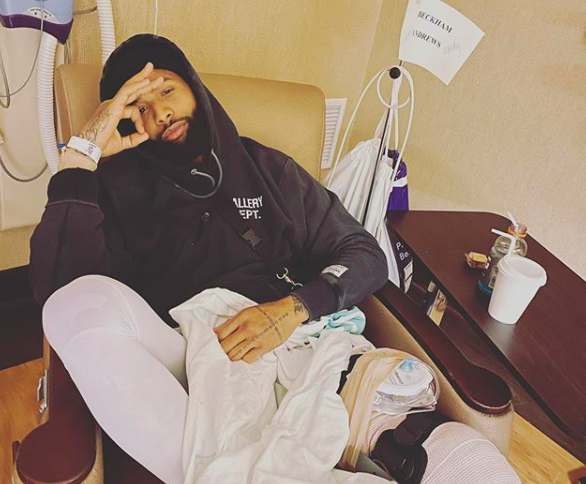 Odell Beckham Jr.‘s surgery on his left knee ACL was “successful” Wednesday as the Cleveland Browns released a statement regarding their wide receiver’s status.

RELATED: Cam Newton Says ‘That Type Of Football Play Is Unacceptable,’ Talks About Wanting To Put Team In Best Situation To Win

“Odell Beckham, Jr. underwent successful surgery to repair his anterior cruciate ligament in his left knee. The surgery was performed earlier today by Dr. James Andrews at the Andrews Institute for Orthopedics and Sports Medicine in Pensacola, Florida. Beckham is expected to be ready for the 2021 season.”

The Browns expect OBJ to be ready to play next season. “Sit back relax (and) watch how God work…..Now let the journey begin…,” Beckham, Jr. posted on his Instagram one day ago.

OBJ also said adversity is nothing new to him.

“The come back will make the story even greater. Watch how God show off‼️ #Respectfully,” Justin Laboy commented on OBJ’s post.

“🙏🏿 you got this,” Dez Bryant, Baltimore Ravens wide receiver, said on Beckham’s post two days ago.

As OBJ recovers for next season, next up for the Cleveland Browns this season is a game at home against the Texans on Sunday.