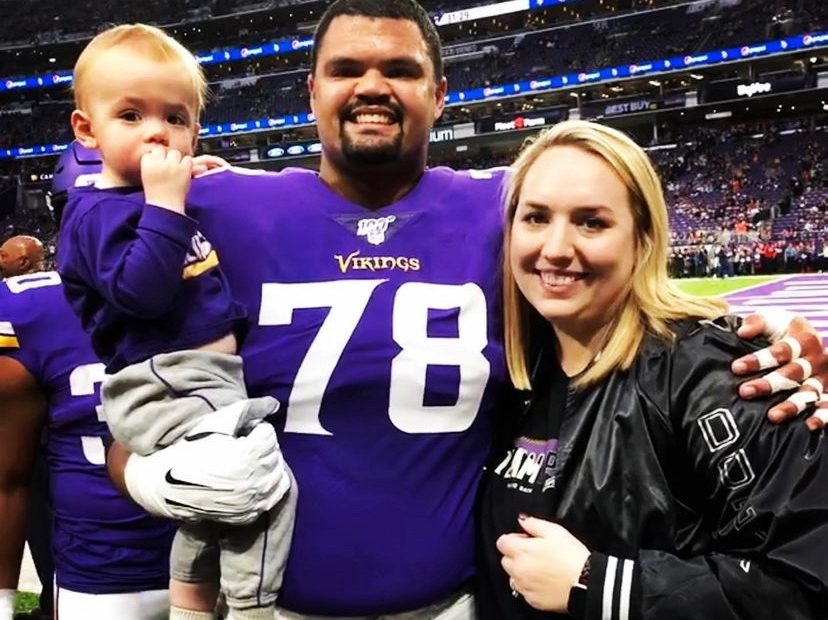 As the NFL season continues, it seems that COVID-19 is stopping for no one. Dakota Dozier of the Minnesota Vikings is yet another NFL player that has tested positive for the virus. The offensive linemen player had complications so serious that he was admitted to the hospital and is undergoing treatment.

The athlete, who is reportedly vaccinated, was admitted to the hospital on Tuesday night, as reported by Vikings head coach Mike Zimmer. As of right now, players and staff members of the Midwestern team are undergoing testing to determine if others have contracted the virus.

“One of our players that was vaccinated, he had to go to the ER last night because of COVID. It’s serious stuff,” Zimmer shared with reporters on Wednesday. He added, “Like 29 guys are getting tested because of close contact, including myself.”

Although the coach did not confirm the identity of the player, NFL Network Insider Ian Rapoport went on to confirm the anonymous player was offensive lineman Dakota Dozier.

Zimmer went on to recall the situation and described it as frightful. “He’s stable now,” he began. “But it was scary. … It was COVID. I’m not a doctor, but it was COVID pneumonia or something, he had a hard time breathing.”

As of right now, a player on the sidelines is not what the Vikings need this season. They are currently standing at 3-5 with two consecutive losses against the Baltimore Ravens and the Dallas Cowboys. However, if more players contract COVID-19, this could be devastating to the team.

The NFL has come forward with rules and regulations in order to prevent the spread of COVID-19 but at the risk of putting valuable players on the sidelines. If a player is to test positive, they are required to not be seen on the field. If the player is vaccinated, they may return to games once they have obtained two negative tests and are asymptomatic. Yet, if a player is unvaccinated, they must isolate for ten days before obtaining a negative test.

Alongside Dakota Dozier, there were other Minnesota Vikings players that were placed on the COVID-19 reserve list. Although Dozier’s status was not updated until this week, last week Vikings safety Harrison Smith and center Garrett Bradbury were prevalent names that had tested positive.