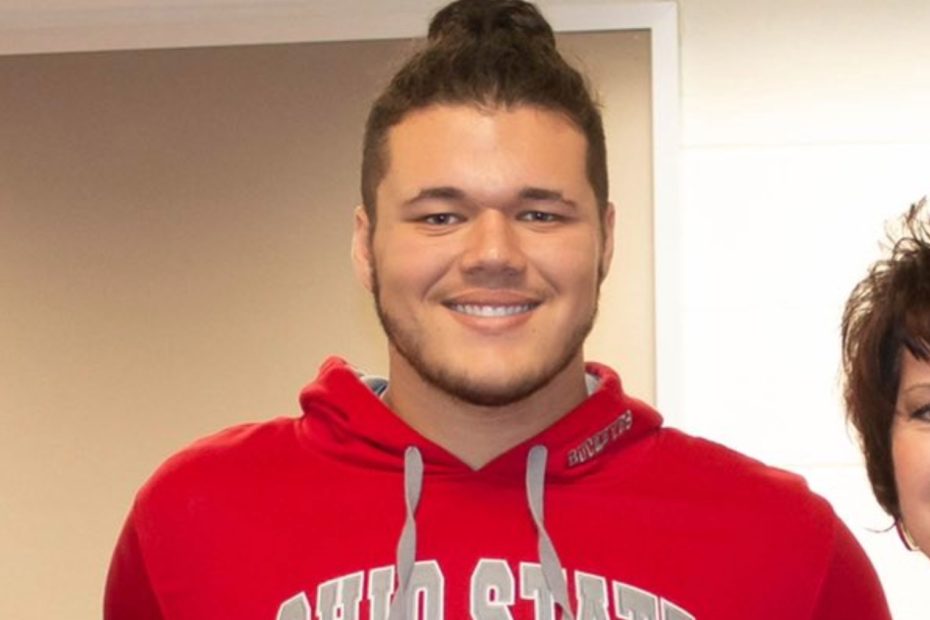 “This isn’t the way I wanted to release this, but I know no other way,” the college football player began in a statement released on Twitter. “A couple of days ago I was diagnosed with osteosarcoma, a form of bone cancer. I will fight this! I have never been a statistic and I never will! I want to thank my brothers and coaches for the endless support!”

According to the Mayo Clinic, “Osteosarcoma is a type of bone cancer that begins in the cells that form bones” and most often affects the legs. The rare cancer, which primarily targets teenagers and young adults, has a general 74% survival rate.

Ever since Henry announced his health update, countless teammates have sent their love to the offensive lineman, including running back Dallan Hayden. “You got this brother… we all here for ya!!” he wrote on Twitter. In addition, fellow offensive lineman Paris Johnson Jr. said: “We love you brother, we are with you in this fight!”

RELATED: Cade Otton, 23, Opens Up About His Mother’s Death and Her Fight With Parkinson’s Disease

Michigan State University even sent a heartfelt message to the freshman athlete via Twitter, given their team’s personal experience with bone cancer. At the beginning of this month, the school lost one of its own football players to the same cancer.

Henry, who stands in at 6 feet, 6 inches, and weighs 309 pounds, did not play this season with his team. Initially committed to Iowa State, he made the impromptu decision to commit to Ohio State in order to be closer to his mother.

“Being that my mom’s a single mom, she can’t make that distance all the time,” Henry told Cleveland.com in November of last year. “We always talked about what if Ohio State offered. I told my mom I was gonna take it if it came. It was unbelievable when I first got it. I didn’t realize for the first day or so.”

After he made the decision to attend Ohio State, he became a local legend in his hometown. Henry relayed the information, “Literally, the day I committed, I had 20, 40 kids right up to me and said, ‘Hey, that’s Avery Henry, the Ohio State commit.’”