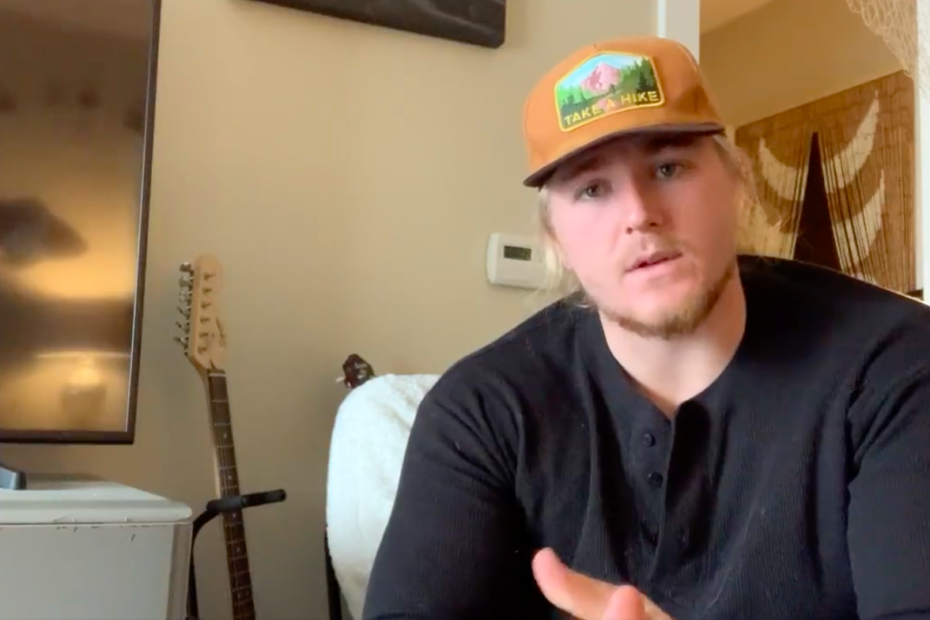 Harry Miller, a former Ohio State offensive lineman, recently opened up about his struggle with mental health and discussed how to move forward in life while dealing with depression.

This story discusses suicide and can be disturbing for some to read. ​​If you or someone you know is at risk of suicide please call the U.S. National Suicide Prevention Lifeline at 800-273-8255, text HOME to 741741 or go to SpeakingOfSuicide.com/resources for additional resources.

On March 10th, the junior college athlete announced that he would be “medically retiring” from football in order to focus on his mental health after he tried to take his own life. He relayed on social media that his coach referred him to mental health experts and professionals, which allowed him to receive the support he needed.

Miller’s vulnerability over his mental health struggles has opened up a conversation about how others in similar situations can tackle their problems; his story promotes other people struggling with depression to have the courage to ask for help and seek out life-saving resources.

“I had no intention of this happening the way it did, and people call me brave,” the college student said during an interview with TODAY. “But to me this felt like not dying, and I felt like being honest. And maybe bravery is just being honest when it would easier not to, and if that’s bravery, then so be it.”

“​​But I’ve just been really grateful to one, receive the help I have, and then two, to learn some things that I can share with others,” he continued.

Miller’s mental health journey also addresses the growing controversial opinion that the younger generation is becoming “weak”. From the outside, it seemed like the young adult had everything in the world that would make him happy, yet he was still facing depressive and suicidal thoughts. Holding a 4.0 GPA and being en route to a degree in mechanical engineering, there were still forces that kept him from retaining a positive outlook on life.

Miller brings attention to the fact that no matter how someone might seem to the outside world, a person’s internal feelings can be so agonizing that they contemplate taking their own life.

Miller also disclosed how the ongoing pressure of student athleticism impacted his health.

“You play a game, it’s a hard game, perhaps you made a lot of mistakes, and people send you a message saying, ‘Transfer, you suck’. Some people get death threats… And you have that for weeks and then months and by the end of the semester and you’re like, ‘What is happening right now?'” he commented.

As he continues to receive treatment for his mental health, Miller is grateful to have the support system he has. “I just kept thinking if only somebody would just say something and I’m just really grateful that I was able to have received the care and love and affection that I did, so that I could,” he shared.