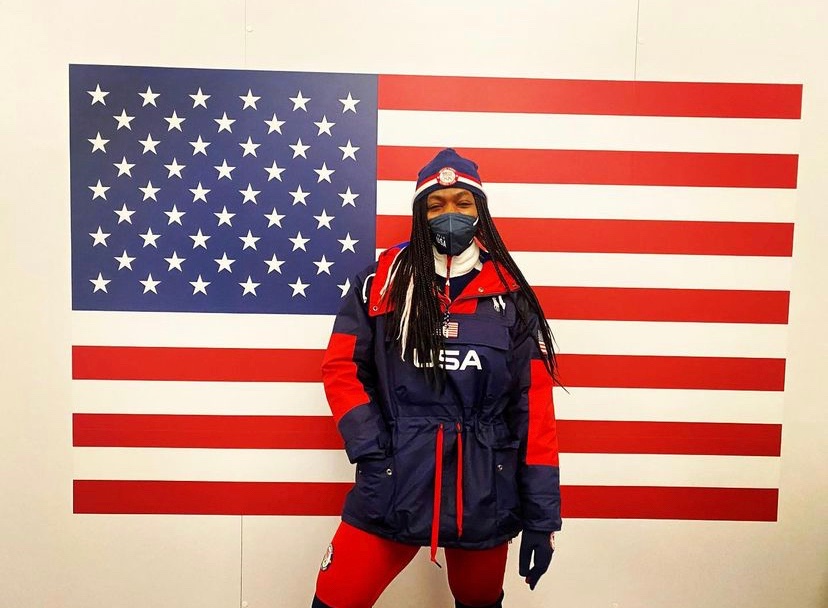 Olympian Maame Biney, 22, Discusses Her Experience as a Black Athlete: ‘My Life Goal is to be Able to Inspire People’

Two-time Olympic short-track speedskater Maame Biney recently opened up about how she hopes to impact the future generation of Black athletes.

The 22-year-old American athlete discussed in an interview with People that she feels representation is the key to building equity within the world of sports. Given her presence in speed skating, she hopes that the younger generation will look to her as hope. “My life goal is to be able to inspire people,” she explained.

“If that’s two minutes of their life talking to me or even like if I’ve known them for five-plus years, I hope to somewhat inspire them,” Biney continued.

She also acknowledged why her presence in sports is significant: speed skating doesn’t have a large percentage of Black athletes. Biney shared, “Even if they see me on TV for like a split second, I hope they are able to be like, ‘Oh my gosh, wow, there’s a Black woman on TV right now in a sport that isn’t predominantly Black.’ “

In addition to inspiring young Black women, Biney also hopes to be a positive representation of the state of Virginia. Although she was born in Ghana, she moved to the United States at the age of five. She began her journey to professional skating at 6 when she joined a local skating program in her Northern Virginia home.

She qualified for the Olympics for the first time in 2018 after winning the 500-meters at the U.S. Olympic Trials. Following her qualification, she became the second African-born athlete to represent the United States during the Winter Olympics in 1998.

Erin Jackson also shares a similar sentiment as Biney. Jackson, a Florida-born speedskater, also hopes to inspire the younger generation. After the Opening Ceremony on Friday, she spoke with NBC about why Black representation matters.

“I just try to be a good example whenever I can. Especially with young Black girls, and you know really anyone,” she commented. Jackson went on to explain that the Winter Olympics specifically lack diversity, so she hopes by making an appearance she is doing her part in promoting Black participation.

She said, “With the winter Olympics you don’t see a whole lot of diversity so I hope I can be someone who they can see and be like, ‘Oh maybe I’ll go out and try one of these sports.’ That would be awesome.”