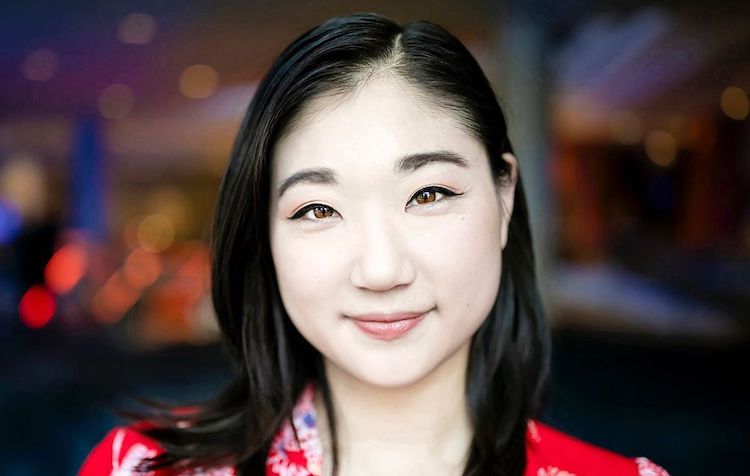 National figure skating champion and two-time Olympian, Mirai Nagasu is probably best known for her history-making triple axel at the 2018 Winter Olympics. Her exceptional figure skating career and winning attitude have uniquely prepared the 27-year-old to be a champion for her parents and community during the coronavirus health crisis.

20 years ago, Ikuko and Kiyoto Nagasu took charge of a struggling sushi restaurant in Arcadia, California called Sushi Kiyosuzu. Their daughter, Mirai would sleep on a yoga mat in a cramped storage room after school.

“With how expensive my skating was, we didn’t have the money for a babysitter.”

20 years later, the little girl who napped through the ambient noise of a bustling restaurant after school is trying to save it. The coronavirus pandemic and stay-at-home orders has shuttered many businesses and left millions of workers out of a job.

When Mirai learned that her parents’ small business was struggling, she took action. She connected her parents with, Power of 10, a Washington DC-based fundraising initiative that supports restaurants during the shutdown. In turn, the restaurants prepare meals to feed first-responders, non-profits, and members of the community in need.

Mirai partnered with Power of 10 to reopen her parents’ restaurant and to spread awareness about the initiative.

“My whole career has been about me and my goals and my dreams, and then to be able to take my fame gained in my skating and put it toward my parents and to try to get more awareness for Power of 10 so we can help other restaurants in the area means so much to me,” Mirai told People.

Power of 10 was founded by Chef Erik Bruner-Yang in late March.

Chef Erik Bruner-Yang started Power of 10 in late March in DC and a friend quickly helped him expand the program to its first Los Angeles-area restaurant, Kiyosuzu.

This week the LA-based restaurant started delivering hundreds of meals and Mirai says she hopes to support other L.A. restaurants next month.

“Being able to be their voice is something that’s really important to me,” Mirai explained, because her parents never wanted to take the spotlight of their daughter’s skating career.

With Mirai’s help, her parent’s restaurant delivered meals to the local Foothill Unity Center as well as to the Asian Youth Center and the Methodist Hospital Foundation,” People reported.

Bruner-Yang explains that Power of 10 was born from a purely economic standpoint.

YOU MIGHT ALSO LIKE: Kevin Love, Rudy Gobert, Steph Curry Make Large Donations to Those In Need During Coronavirus Shutdown

“I’ve always believed in full circle,” Bruner-Yang says. “Some days we raise money and some days we don’t. But every day we make the food, and I think it’s awesome.”

The chef noted that Mirai “has been really good at helping fundraise.”

“It feels really nice to be doing something for humanity, because we all need a little spark of hope right now,” Mirai said.

As we all know, the future is hard to predict at the moment, but Bruner-Yang foresees Power of 10 continuing even after the health crisis subsides. Amazing!