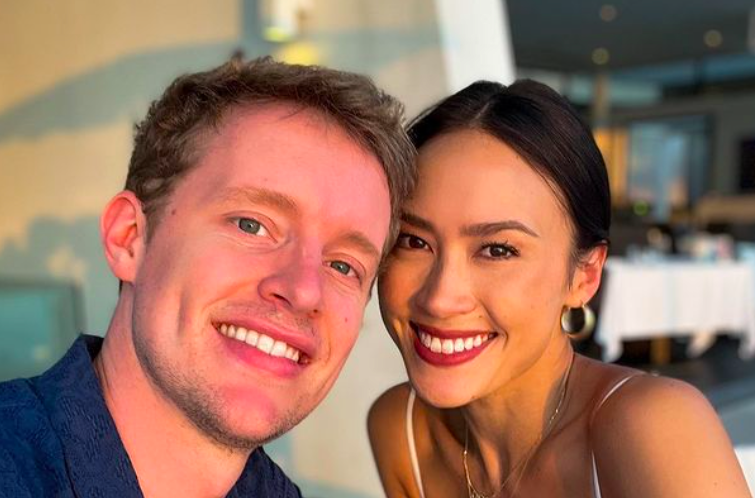 For most people, a vacation to Thailand is inherently exciting. Exploring the country, eating new foods, and spending time in a thrilling atmosphere is undoubtedly a vacation to remember. But, for the ice skating pair, their Thailand trip was a particularly memorable experience because Bates proposed to his long-time partner and the answer was an immediate yes.

“I was planning to propose since we went ring shopping in April,” the 2022 Winter Olympic silver medalist said in an exclusive interview with media outlet PEOPLE. “Madi wanted a vintage ring and we found the perfect one from Victor Barboné in NYC. It’s a vintage Cartier ring from 1920. It’s very Art Deco, which is Madi’s favorite and it’s one of a kind.”

Continuing to describe his epic proposal story to Chock, Bates certainly paid attention to detail. The 33-year-old relayed that every aspect of the proposal was planned deliberately, including the engagement date. He explained that the date June 11th, 20220 (06/11/22) was significant because the two began skating together at age 11 and have been dating for the past six years.

Bates also described the day as stressful, not only because of the high-stakes question he was about to ask Chock but because finding the perfect time was difficult. Noting that it was raining all day, he had a brief window of sunshine in the morning and had to act quickly.

Additionally, he had to secretly communicate to the hotel staff his mission. He stated, “I had the hotel staff put roses and champagne in the room for when we got back so Madi would be surprised and it worked!”

On the big day, the couple enjoyed a peaceful morning of massages before relaxing by the pool and spending time at the beach. When speaking about the big moment, Chock said the sand played an important role in the proposal.

“I found a stick and began doodling in the sand. Evan suggested I write the date. As I finished writing the date, he pointed out the significance of the numbers of the date,” she recollected. “Then he knelt down and asked me to marry him! I was carrying a bunch of stuff and had my hands full, but when I realized what was happening I tossed everything down on the sand and answered with a resounding yes.”

Congratulations to both Madison Chock and Evan Bates!