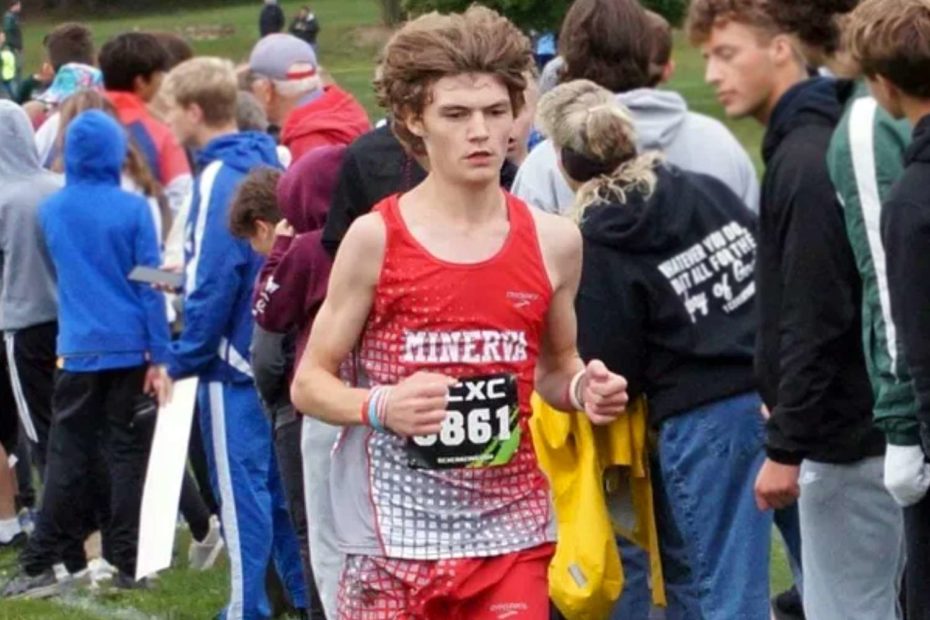 Owen Grubb, a 16-year-old track and field athlete at Minerva High School, died this weekend after he was hit by a falling tree.

“This is a terrible time for his family, friends, and loved ones, and we extend our deepest condolences to all who cared for him,” the superintendent continued. “We are all grieving the loss of Owen, who was a bright light in our high school and an exceptional student-athlete. We are keeping our entire school community close in our hearts during this time.”

According to a report from the Cambridge Police Department, a group of runners attempted to knock down a dead tree following OHSAA Eastern District cross-country track meet. Grubb reportedly finished 10th in the meet with a time of 17:26.05 and helped lead his team to a first-place victory.

However, when he and four other runners took a trip to the woods, they began pushing over a rotting tree. Unable to run away in time, the tree fell on top of Grubb and injured him substantially. He was unresponsive by the time first responders arrived at the scene.

The teenager was initially brought to Southeastern Ohio Regional Medical Center and then was flown to Akron Children’s Hospital, but his injuries were too severe for doctors to revive him.

At this time, his death is being ruled an accident and the students involved in the incident are not being prosecuted. Since Grubb’s death, the cross-country team is outwardly mourning the loss. According to Minerva Head Coach Olivia Scott, telling the team that the 16-year-old died was “the hardest thing I’ve ever had to do in my life.”

“He’s a great kid and a great teammate,” Scott told reporters. “Our girls and boys, our team, they’re brothers and sisters. The girls’ team is just as devastated as the boys’ team.”

A GoFundMe for the Grubb family was released after the 16-year-old’s death and has since raised over $17,700. “This should have been a time for celebration but instead his family, friends, teammates, and community are mourning his loss,” the page reads. “As a parent, you shouldn’t ever have to go through something like this, nor do you plan ahead for something like this to happen.”