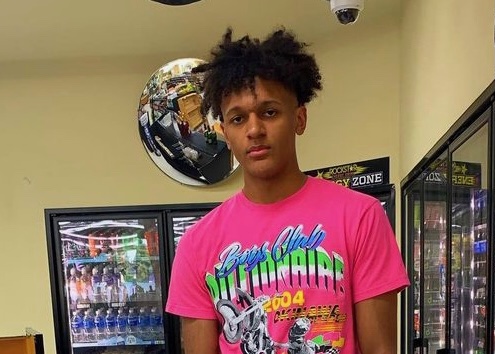 Nineteen-year-old college basketball star Paolo Banchero is projected to be the No. 1 overall pick in 2022’s NBA draft and has made a name for himself as a truly talented player. However, the student-athlete has been harboring a health secret that was recently revealed during a game: he loses roughly 7 pounds per game.

Standing in at 6’10 and scoring 14 points during Duke’s recent game against Ohio State, his ability to profusely sweat has not stopped his dominating presence on the court. Although, the condition does cause some issues. Since his body loses fluids very quickly, this can often cause severe cramping which can put him on the sidelines.

ESPN caught the Banchero stepping to the side as cramps took over his body and it was then that the player’s condition was made public knowledge. Duke’s sports department reports that they have to give the player oxygenated fluid that helps prevent his cramps from being overbearing and promotes retaining nutrients that the body needs.

The department provides a drink known as BOA Oxygenated Fluid. According to the company’s website, the fluid is “breakthrough technology.”

The website shares the science behind the product, explaining, “It’s high-powered blast uses oxygen to propel atomized nutrients into your body. BOA’s Endure replenishes sodium, which can help you hydrate up to ten times faster. When you’re competing or training at maximum output, and rapidly losing sodium, fast matters.”

What do athletic evaluators think of Paolo Banchero’s uncommon ability?

Although Banchero can even receive an IV during games to help his body regain strength, athletic trainer Travelle Gaines doesn’t seem to think that the problem will harm the athlete’s career opportunities. When directly asked if he thinks it will have negative consequences, Gaines responded, “Not at all, he will get it figured out,” and then explained, “He is the best player in the draft with a great support system.”

However, USA Today noted that other athletic evaluators could see the cramps becoming a problem. One evaluator said that Banchero’s cramps “should be a consideration,” while an NBA executive noted that they are “definitely something to monitor.”

Despite all of this, Banchero is a strong candidate for the NBA and has an evident dedication to the sport. Even though losing seven pounds creates a unique routine during games, he is clearly a force to be reckoned with.