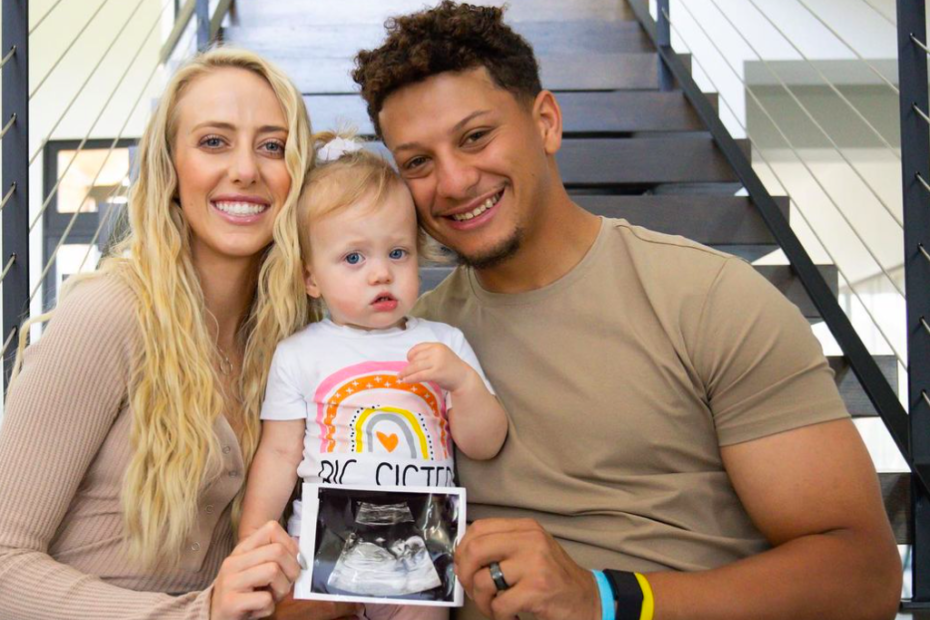 The NFL legend and his wife announced the birth of their second child on social media, taking to Instagram to share a photo of the infant’s legs in a brown and white onesie. The caption included the child’s name, followed by his time and date of birth. “11/28/22 7lbs 8oz,” the proud parents happily wrote.

Recently, the quarterback spoke to reporters for the first time since the birth of his son. According to the athlete himself, he is ecstatic for his daughter, Sterling, to have a younger brother. “It’s cool, obviously,” Mahomes began. “It’s awesome to bring in a son to add to my family. Everything went great and everything went smooth — and Brittany is a champ. So, it’s been really cool.”

Ever since announcing to the world that there is a new addition to the family, countless people are wondering where the nickname Bronze originated. Of course, the quarterback had to address the curiosity. And, unsurprisingly, the name has an adorable origin.

“Yeah, when Brittany and I had Sterling we didn’t know if it was a girl or boy at first. So, we started thinking of girls’ and boys’ names. We wanted, obviously, (Sterling and Bronze) to have that connection for them to be brother and sister forever,” the Kansas City player said.

Patrick Mahomes reveals the TRUTH behind his son’s nickname

He then relayed the information, “I’ve always wanted to do Patrick Lavon Mahomes III. I’ve thought about that since I was literally like five or six years old. I always thought (the nickname) was going to be ‘Tre’ as the third. You hear a lot of people doing that. My brother Jackson (Mahomes), whenever we were trying to find something that was a little unique and different, he said, ‘What about Bronze? It fits perfectly with Sterling.’ So we went with that.”

“He can have his own thing now where he’s not Patrick, he’s Bronze, even though he’s Patrick. And Sterling and Bronze can have that connection moving forward,” Mahomes added, noting that his son will still have a bit of originality when he grows up.

The 27-year-old father also shared that his own dad was present for the birth of Bronze, which was an important moment for the pair. “My dad as he has gotten older, he’s gotten a little bit more emotional I think as all of us do. He was here this weekend, so it worked out perfectly that my family got to see him before they left,” he relayed.