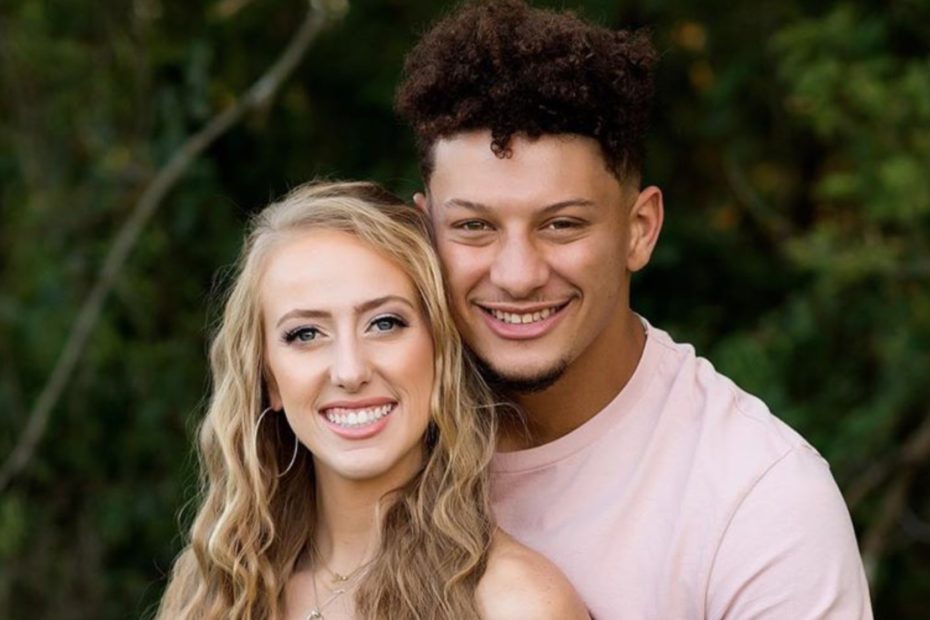 First comes a super bowl win and a record-breaking contract, then comes an engagement and now a baby. Maybe that’s not exactly how the children’s song goes, but it sure is Patrick Mahomes‘ version.

While 2020 has been pretty grim, the Kansas City Chiefs quarterback and his longtime love, Brittany Matthews, have been able to make some pretty incredible memories together despite everything that has been going on. For Mahomes and Matthews, the year started off with a super bowl win.

Just a few months later, Mahomes would sign a 10-year contract with the Chiefs that’s worth $503 million. Yes, you read that right. And just a few months after that, while receiving his first-ever super bowl ring, he gave his high school sweetheart a diamond ring of her own.

RELATED: Patrick Mahomes Addresses the People Who Feel the Need to Say He’s Not ‘Full Black’

“You don’t think it’s going to be nerve-racking when you’ve been with someone for so long, but before you get on that knee, man, your heart’s racing. I promise you that,” the 25-year-old said while admitting the engagement ring he gave Matthews was much more important than the super bowl ring he received that same night.

Now, less than a month after getting engaged, Mahomes and Matthews have announced that they are expecting their first child together. As Matthews put it, this is just a “small detour to the wedding.”

Matthews didn’t reveal how far along she is, but odds are she is at least three months as that is usually when women decide to announce. Mahomes’ brother, Jackson, commented under the announcement, saying, “SOO SOOO HAPPY for you guys. [I] CAN’T WAIT to be uncle Jack!!!”

The young quarterback also shared the news on his page by sharing a closeup photo of the sonogram and captioning it with a little red heart emoji. And as for the couples’ beloved pups, they are pretty “pumped” about have a little sibling running, Matthews said.