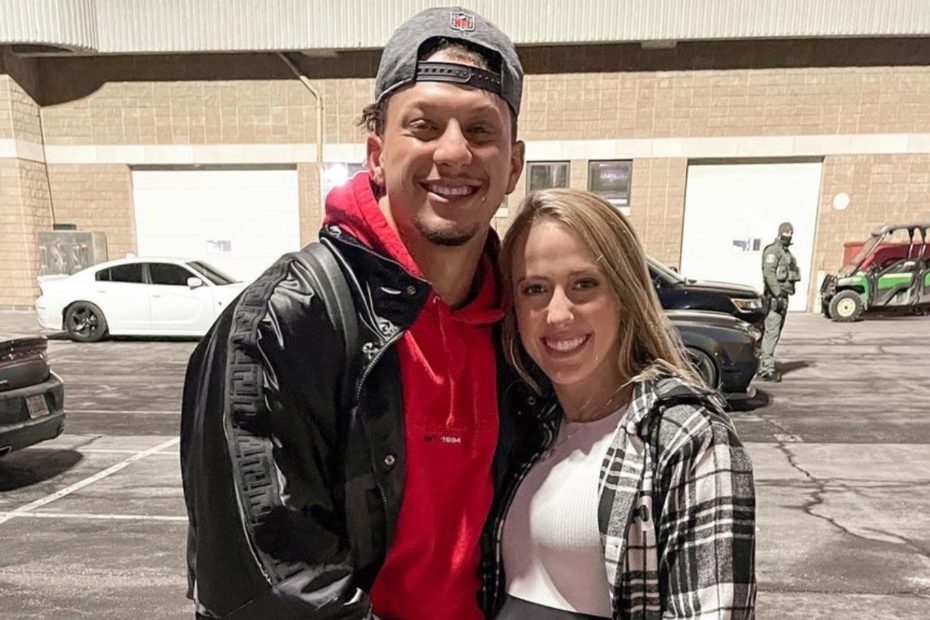 Patrick Mahomes’ Fiancé, Brittany Matthews, And Their Daughter-To-Be Cheered Mahomes On To The Super Bowl: ‘Just So Dang Proud Of You’

Patrick Mahomes’ Fiancé, Brittany Matthews, And Their Daughter-To-Be Cheered Mahomes On To The Super Bowl: ‘Just So Dang Proud Of You’

Patrick Mahomes did his thing in the AFC Championship game against the Bills. The Chiefs’ quarterback threw for 325 yards and three touchdowns.

RELATED: 2020 Just Keep Getting Better for Patrick Mahomes as He and Fiancè Brittany Matthews Announce Pregnancy

You know, typical Mahomes fashion. And this was all coming off concussion protocol from the game in the Divisional round against the Browns.

Mahomes faced adversity head on and played a solid game to help get his team to the Super Bowl for the second year in a row. I’m sure that makes his team proud, his coach proud, Chiefs fans proud, and, of course, his family proud, including his little one on the way.

Mahomes was holding the baby bump of his precious newborn-to-be.

You may know by now that Mahomes and Matthews are expect a baby girl!

The couple announced the pregnancy in September:

The girl dad will be lining up behind center in the Super Bowl just like he did last year.

Only this time, he’ll have not just Matthews rooting for him. Their little girl will probably be listening and taking it all in from inside the womb cheering her daddy on! One of (maybe many) Super Bowls to come for their little family as pops-to-be goes to work in trying to bring home another Lombardi Trophy to Kansas City.