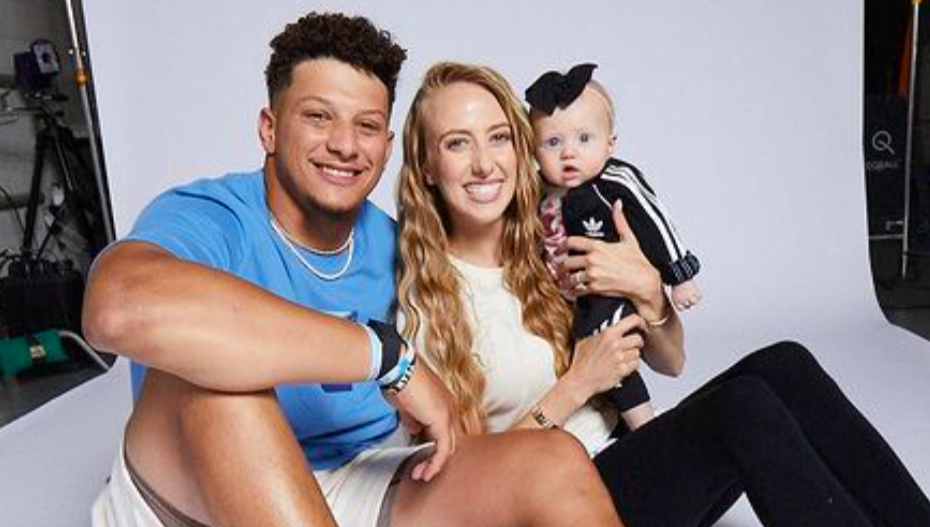 The NFL MVP, Super Bowl champion, and three-time Pro Bowler (in just four seasons in the league so far) is having an incredible off-season.

It’s one that’s included having his foundation’s “first ever @15andmahomies Aloha Golf Classic”. The foundation, 15 And Mahomies, per its Instagram bio, is “(d)edicated to improving the lives of children by supporting initiatives that focus on health, wellness and communities in need of resources.”

Mahomes has also chilled at The Master’s with Travis Kelce and Ryan Fitzpatrick, celebrated his brother’s birthday, and of course has been training. Because you already know one of the best quarterbacks in the game wants to get another Super Bowl having won one, then making it last year only to come away short to Tom Brady and company.

But amidst all of that, obviously the major highlight of Mahomes’ off-season so far:

You may already have known from Mahomes’ announcement to the world in a February Instagram post: “Sterling Skye Mahomes
2/20/21 ❤️”.

Now, he’s introducing his daughter to the world as People’s Benjamin VanHoose and Georgia Slater note the photos he recently posted “marked the first time baby Sterling’s face has been shared on social media…Days after giving birth, (Brittany) Matthews explained on Instagram that she would share photos of their baby girl as soon as she felt comfortable.”

“We will share photos of her when we [feel] the time is right,” Matthews said at the time per People. “I know the internet will instantly take the photos of her and share everywhere so just preparing myself for my newborn baby girl to be shared to the world!…Right now we are just soaking in every minute with her.”

Much respect for Patrick and Brittany wanting their privacy, to protect their daughter, and just to focus on spending quality time with each other without feeling the need to automatically share pictures with the world right away. Family first! Shout out to them for doing what they thought best. They’re already being great parents together and…