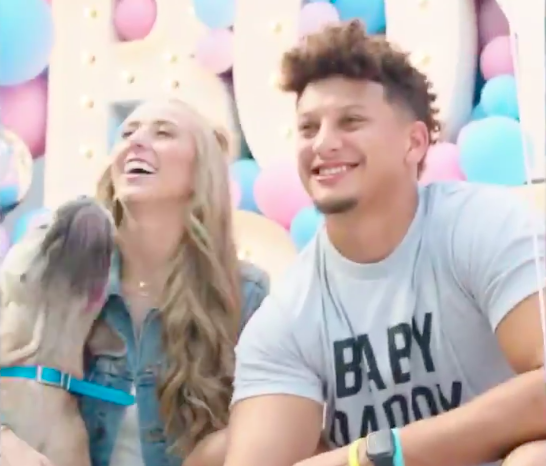 As Patrick Mahomes and Brittany Matthews excitedly await their newborn, they are ready with a fully furnished nursery.

RELATED: A Handful of People in Kansas Reportedly Wrote in Patrick Mahomes For President on Their Ballots

It’s complete with a crib, of course, along with a mini, pink basketball hoop, a stroller, and a moon and stars design on the wall. The mama-to-be posted a preview of what the nursery looks like on Instagram, per TMZ.

It’s very clear just how read Mahomes is to be a #girldad.

While it’s unclear just how far along Matthews currently is in her pregnancy, it appears as though they are ahead of schedule getting everything ready for baby. Being that we are still in the middle of a pandemic, it’s unclear if they opt in or out of having a baby shower.

In the meantime, Matthews and their daughter in the womb will cheer on Mahomes, the girl dad to be, as Mahomes “break(s) records” this season.

The Kansas City Chiefs quarterback and Super Bowl MVP already has a super nursery for his and Matthews’ daughter, will they be bringing home a second Super Bowl ring just before her arrival?