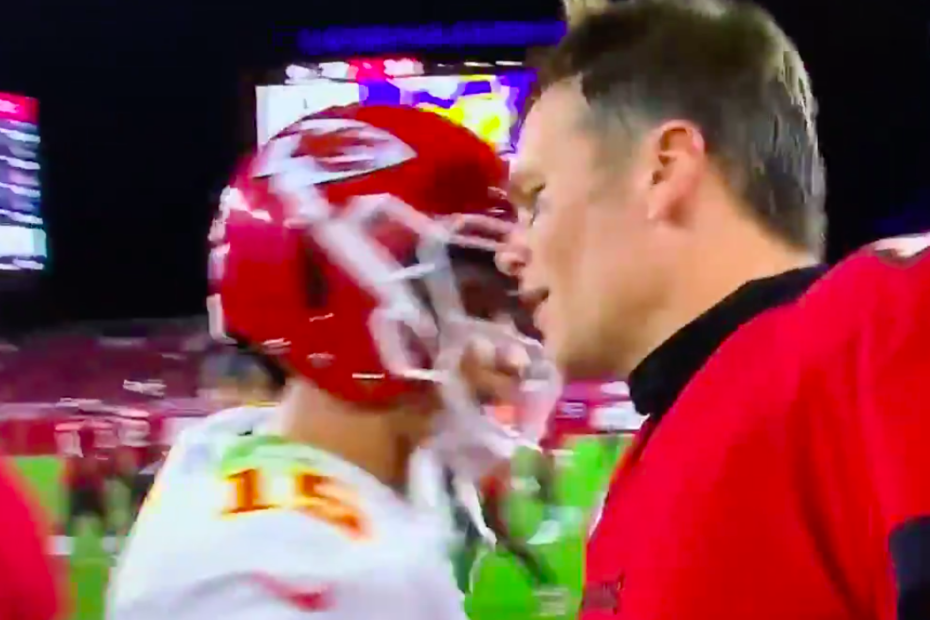 When it comes to sports debates on who the best player is in the respective sport, both sides usually have valid points.

In the NBA, GOAT talks happen all the time, is it MJ? LeBron? Kobe? Bill Russell? It seems everyone has an opinion.

And in the NFL, a GOAT debate seems to be surfacing at the quarterback position. Patrick Mahomes or Tom Brady. Who you got?

Tony Romo compares this matchup to what an MJ vs. LeBron matchup would be according to Dov Kleiman.

Mahomes and the Chiefs won the last matchup against Brady and the Bucs. Mahomes threw for 462 yards and 2 touchdowns. Brady threw for 345 yards, 2 touchdowns, and 2 picks.

The Chiefs got the dub 27-24 this last game. These games of Brady vs. Mahomes always seem to be close. After just a little digging, looking for the box scores of their last matchups when Brady was with the Patriots, here’s the scores and stats of the quarterbacks:

Brady vs Mahomes History Before The Last Matchup

That makes the matchup tied at 2-2 a piece

Obviously, there’s more to it than just stats. There’s so many other intangibles that go into being a great athlete, including being a leader on and off the field and a proven winner.

Brady’s got the winning part down at least, we all know that. And Mahomes is trying to chase that.

“I don’t know if there’s a number,” Mahomes told ESPN’s Nicole Briscoe per Bleacher Report when she asked how many rings he wanted to win before he felt he accomplished enough in his career. “I mean obviously you try to chase greatness, and [Brady’s] got six, so I’m going to try to do whatever I can to at least get to that number…I understand how hard that is, really, it’s a one of a kind thing for Tom to be able to get to nine Super Bowls and win six of them, so I’m just going to go about the process every single day of trying to make myself better and do whatever I can to make the Kansas City Chiefs better.”

And when it comes to Brady, here’s what he had to say recently about Mahomes before their matchup:

“He’s a terrific player, obviously, being league MVP a couple years ago, 50 touchdowns,” said Brady per the Tampa Bay Times. “It’s pretty hard to do. There’s not many guys who have done that. And then to continue that last year with the Super Bowl championship and playing at an extremely high level this year. He’s just getting more and more comfortable. So much about playing quarterback is having experience, learning from year to year, improving your routine and he’s just doing a tremendous job.”

MJ almost passed the torch, if you will, to LBJ. MJ officially retired in 2003 and LeBron was drafted in 2003. Although we couldn’t see MJ play LeBron in an NBA matchup, we are seeing a great matchup in Tom vs Patrick.

So far, it’s 2-2. But when it comes to debates, who do you think is better? It’s your turn to sound off. Let me know in the comments!