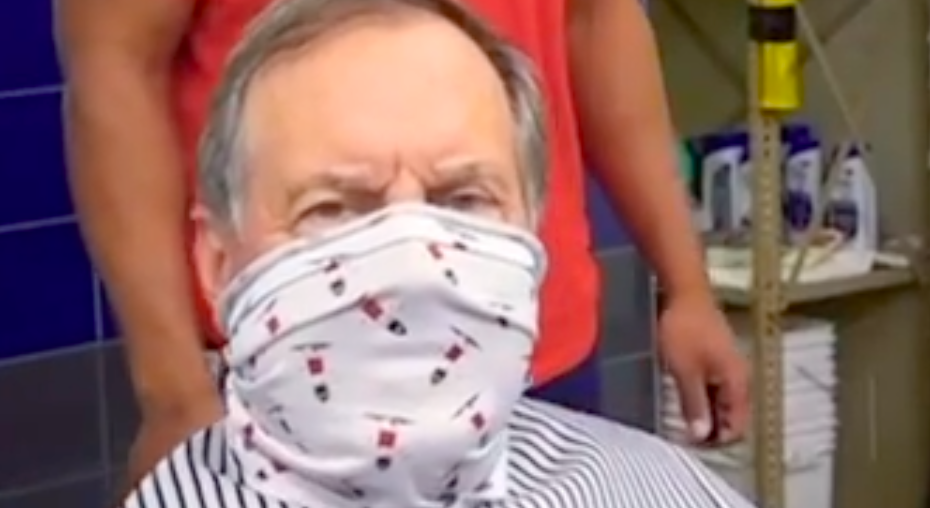 Patriots Signing A Bunch Of Free Agents To Bolster Offense And Defense, Bill Belichick Gets Haircut For Charity

Calling all Patriots. There’s been a massive cleanup of an NFL roster on aisle New England.

That’s a range of players on both sides of the ball. On offense, to surround Cam Newton with dudes to protect him and to be thrown to. The Patriots ranked 27th in the NFL in the points for category, so the offense could use some help. On defense, they ranked seventh in the NFL in points against.

But, seventh isn’t first and if there’s anything we know about the Patriots is that they’ve excelled in almost every area on the field over these past two decades.

With the way this roster is being constructed, it’s being considered by Yahoo! Sports’ Dan Wetzel as “a whole new Patriots roster built in the old-school Belichick style…Belichick has built his team, making it clear what his plan is. Get Newton enough help that he can produce a serviceable offense. Then go old school on defense and flip the script on these young, high-powered offenses.”

What’s your thoughts on the Patriots pick-ups in free agency so far? Do you think they’ll help the team out in getting back to the playoffs? Will they help Newton out in improving the offense? Or do you think they still need some more playmakers? Let us know in the comments!

In other news, Coach Bill Belichick got a haircut from Patriots linebacker, Brandon King, who is also a barber.

The cause Coach Belichick supported from this haircut is “Saving by Shaving” supporting the Boston Children’s Hospital.

If you’d like to help the important cause, you can donate to the Boston Children’s Hospital Trust here.