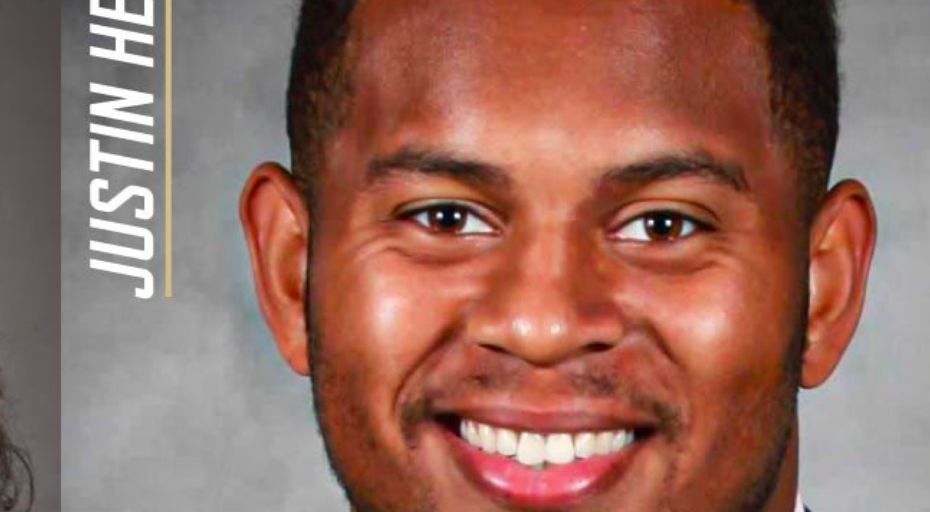 Dr. Martin Luther King, Jr. once said: “The time is always right to do what is right”.

Doing the right thing requires bravery, integrity, character, and strength. And it’s always the right time to do what is right.

In a NFL offensive lineman’s case, that time just so happened to be in the middle of a sunny day in Arizona where he stepped right in to a terrible, disgusting situation where someone was in trouble to help them out and was eventually labeled a hero.

You can’t spell Herron without hero.

That’s what the Tempe Arizona Police Department is calling New England Patriots offensive lineman Justin Herron along with another man, as well.

“Our sincere gratitude to the two hero’s that saved an elderly victim of a vicious attack,” the Tempe Police Department said in a tweet.

RELATED: Gold Medal Olympic Skier Ted Ligety Announces Retirement: ‘I’ve Given Everything I Had To This Sport…It’s Time To Be With My Family’

According to Patriots.com’s Angelique Fiske: “A 71-year-old woman was on her daily walk through a Tempe, Ariz., park on Saturday morning when a peaceful morning ritual turned into the unthinkable, after a 30-year-old man allegedly attacked her from behind in an attempted sexual assault – until two good Samaritans intervened. One of those good Samaritans was the Patriots own Justin Herron…Herron said at (a) press conference that he was taking advantage of the great weather and walking around the park when he heard the victim screaming…Herron and a Phoenix resident, Murry Rogers, were able to hold down the assailant until police arrived, leading to an arrest”.

According to NFL.com’s Nick Shook: “Herron was able to meet with the victim…after rescuing her from danger, a chance he thought he’d never get after ensuring her safety following apprehension of the attacker…While the case is ongoing, Herron is just glad the woman is OK, and avoided a much worse fate”.

“I never thought in a thousand years that I would see her ever again, and a part of me was a little bit upset that didn’t ask for a name just so I could just know the name,” Herron said via NFL.com.

“It was heartwarming to see her, but also gut-wrenching to see how she responded to the trauma and how she’s dealing with it,” Herron said per NFL.com “No one should go through that. No one. She has a great support system, and I’m glad that she has that support system. It was emotional for me. It was emotional for everybody in the room to see her.”

“(I)t was something that I never dreamed or I thought I would see, you know,” Herron said per Patriots.com. “You see it in movies and TV all the time, but you never think it’s going to happen in real life until it does. In that moment, I was shocked. It was 11 a.m. It was in the middle of the day, not one cloud in the sky and in a very open field. It was just the fact that it had happened there at that time was just very, very shocking.”

According to Patriots.com: “Once Herron realized something was wrong, he didn’t think. He just ran into action, yelling and causing attention, and pulling the attacker off the woman. Rogers said that after the attacker had been apprehended, Herron made sure to remove the victim from the scene to get space and begin to heal.”

If you or your loved one has suffered from sexual assault, there are resources such as the National Sexual Assault Telephone Hotline at 800.656.HOPE (4673) where you can “be connected with a trained staff member from a sexual assault service provider in your area”. There’s the National Sexual Violence Resource Center, the Victim Connect Resource Center, and also your local church, a counselor, or law enforcement who you can talk to about it.

Healing from this traumatic event now is key for the victim in this situation. Let’s not forget her pain, her sorrow, her needing to work through the unthinkable happening to her in the middle of the day at a park where she’s supposed to have peace and serenity. May God be with her and her family as they hopefully come beside her, rally around her, and support her through this very difficult time. And thank God there were two “heroes” there to stop the alleged assault from taking place.

Herron. The hero. You can’t spell Herron without hero.