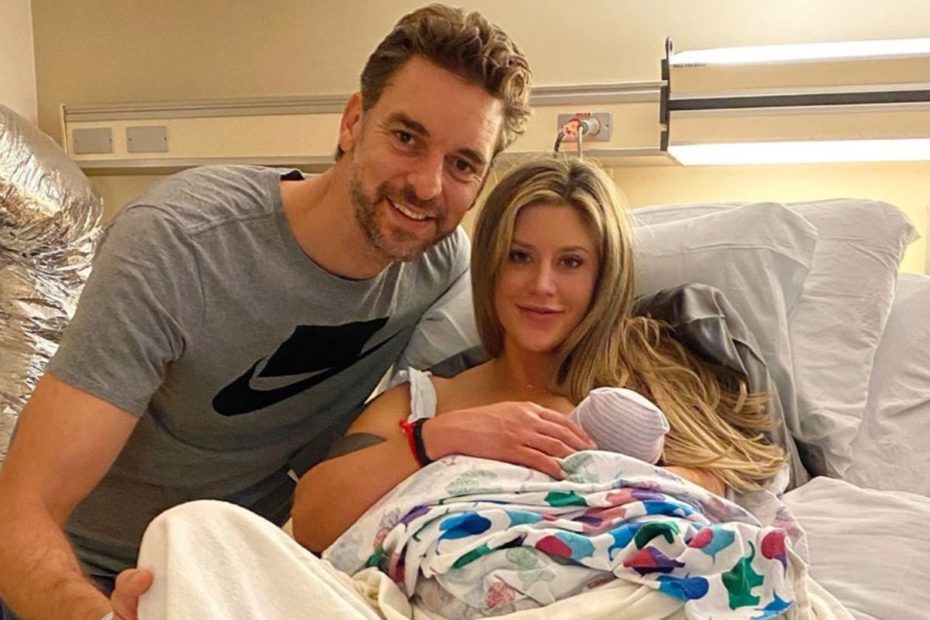 On September 13, Milwaukee Bucks’ forward, Pau Gasol and his wife, Cat McDonnell announced the arrival of their first child together. The couple welcomed a beautiful baby girl into the world.

As many sports fans may already know, Gasol played several years in a Lakers jersey prior to becoming a Buck. As a result of his time with the Los Angeles Lakers, Gasol and McDonnell became close family friends with the late Kobe Bryant, his wife Vanessa Bryant, and their daughters, Natalia, the late Gianna, Bianca, and now Capri.

And when Kobe and Gianna passed away on January 26, Gasol and McDonnell have been there for Vanessa and her three girls every step of the way. Now, the new parents are honoring their beloved Gianna Bryant, who many affectionately called Gigi, in a very big way.

While introducing their baby girl to their Instagram followers, Gasol and McDonnell also revealed her name, Elisabet Gianna Gasol. “A very meaningful name for our super beautiful daughter!!” Gasol wrote on his post.

“Our little one has finally arrived!! The delivery went really well and we couldn’t be happier!!” Gasol concluded his statement with the hashtag, “Girl Dad.”

And according to McDonnell, “she made a quick and easy entrance on a VERY special day, her great-grandmother Elizabeth’s 100th birthday and her mom and dad’s 2nd engagement anniversary.”

After revealing Elisabet Gianna’s name publicly, Vanessa left a comment on Gasol’s announcement. She wrote, “Love you 3!!! Congratulations!!” And her oldest daughter, Natalia, also congratulated her Uncle Pau and Aunt Cat on the arrival of her new “forever God sister.”

Over the last several months, the Bryants and the Gasols have made time for each other. And the days they have spent together have help create beautiful memories for Kobe’s surviving daughters.

Both families have documented some of their moments together, including this little pajama party which left huge smiles on everyone’s faces.

It’s all so very sweet!