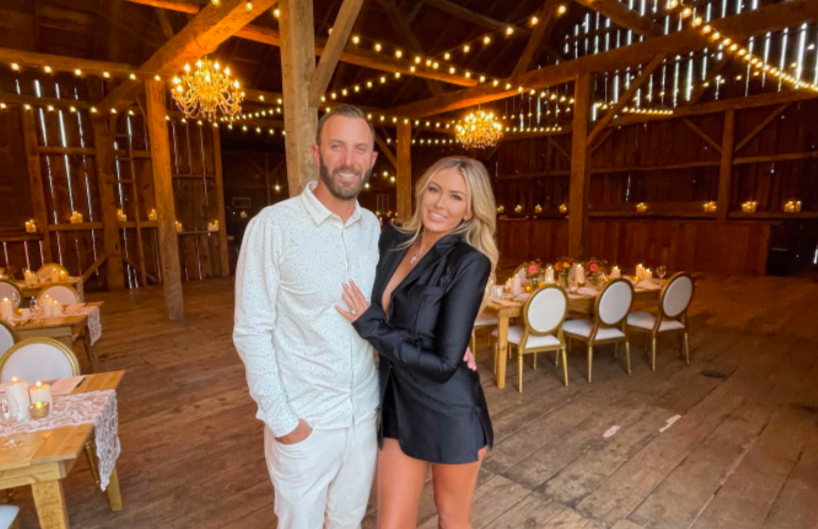 Paulina Gretzky, 33, and Dustin Johnson, 37, Give a Sneak Peek Into Their Dreamy Weekend Wedding

Taking to her Instagram story, the 37-year-old champion’s fiancée showcased how to pull up to a wedding in style. Within the confines of a private jet, Gretzky shared photos of her and her bridesmaids living it up with champagne in hand. “Going to the chapel,” she wrote in the caption.

The following photo was the couple walking hand in hand through a beautiful pathway carved out by blossoming greenery. In addition, the bride shared a photo of their golf cart decked out with a gorgeous botanical arrangement.

With the wedding set to take place at the notable venue Blackberry Farm, which is approximately three hours outside of Nashville, the setting is famous for its intimate setting.

With excitement in the air, fans are eagerly awaiting their union. After going public with their relationship in 2013, they were engaged by that summer. Throughout their seven-year engagement, the couple brought two children into the world: two sons, River Jones Johnson, 4, and Tatum Gretzky Johnson, 7.

Despite some criticism from those surrounding Gretzky and Jonson, the mother relayed that she has no qualms about the length of their engagement. “I just did things my own way, I just didn’t want to listen to how everyone else viewed things,” she explained in May of last year. “I fell in love with someone so fast and we just had the best thing that’s ever happened to us happen so quickly.”

Paulina Gretzky and Dustin Johnson open up about their relationship

For years, the two have been outspoken about their bond and the ways in which they support each other. In 2015, Gretzky had nothing but words of encouragement for her PDA champion partner when she spoke to PEOPLE. Following the first of their second child, she acknowledged his substantial impact as a father.

“Dustin’s the best dad. He’s my best friend. He’s been so supportive with me and we’re just there for each other,” she said of Johnson.

In addition, Johnson expressed very similar sentiments in reference to Gretzky. Noting that she showcases unyielding support for him and his career, he commented, “​​She’s such a big supporter of mine. She does a great job taking care of everything else so all I got to do is worry about golf.”