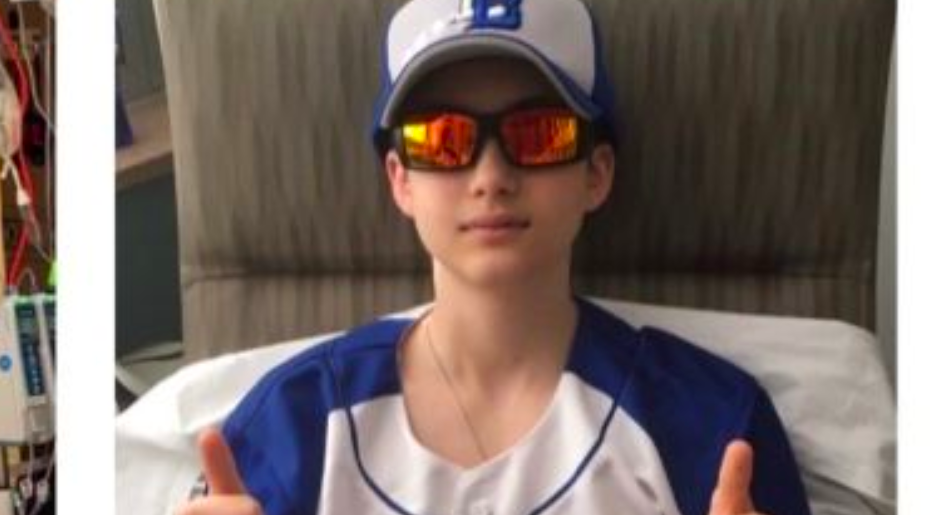 It was April 21st. Another regular day in Bath, Michigan. High schoolers taking a baseball field to play a game they love. A break in the midst of their academics, in between time being spent with their families, as loved ones came to cheer them on, the game went on.

It was particularly chilly that day, according to Accuweather, a mere 49-degrees. Yet, the game continued.

Sadly, as the group of athletes played the game the love, a single moment left parents, players, and the Bath community in shock. According to a GoFundMe account, Cooper Martin Gardner “was doing one of the things he loves most, playing baseball” when tragedy struck.

“While trying to tag the runner the two actually collided instead.  What can only be described as a freak accident Cooper was knocked unconscious for about 40 minutes. Luckily, the other player walked off the field uninjured.  Cooper was rushed to the ER.   He suffered a traumatic brain injury along with heart and lung complications.    He has had numerous scans and tests repeatedly to ensure there was no further damage to his brain. He was in the PICU for 6 days and…moved into a regular room on the 28th.”

The GoFundMe, where the tragic incident was described, was started on April 27th to help so that “Cooper’s parents Kris and Christy along with his sister Kalleigh don’t have to worry about medical bills and can put all  of their focus on his recovery.”

It was expected that the recovery would take a while, as the GoFundMe stated. And the Bath High School community really rallied behind Cooper as he began his road to recovery.

The school posted on Facebook that the baseball program was selling #CoopStrong t-shirts and wristbands to “raise money for Coop and his family.”

RELATED: DeAndre’ Bembry Opens Up About Losing His Brother Weeks Before Being Drafted and How He’s Carrying on His Legacy

Sadly, no one expected that journey to end so quickly. An update on GoFundMe revealed that on May 2: “Cooper unexpectedly passed away Sunday morning (May 2) at his home. I am asking for donations for the additional expenses for his funeral. I want to thank everyone for the outpouring of love and support. I ask that you continue to keep Cooper’s family and friends in your thoughts and prayers.”

The GoFundMe updated continued, saying that “Cooper was released from the hospital and got to spend 3 days with his family before passing peacefully in his sleep Saturday night. Cooper’s parents, Kristian and Christin are the beneficiaries of this campaign. They intend to use the funds for medical and funeral expenses.  After these expenses are paid the family will use any remaining funds to ease the financial hardship of day-to-day living.”

If you’d like to donate and help out Cooper’s family during this tragic time of grieving, while remembering their son, their brother, their loved one and celebrating his life, you can do so on GoFundMe here.

As his family revealed, Cooper was an “exceptional high school student at Bath Community Schools and was loved by everyone for his warm spirit. Coop had an infectious smile; even when faced with an opposition in life, he was able to find a positive outlook. He was a perfectionist in everything he did, quick to point out any flaws, he would tackle them head-on.”

“Although his life was not long, he lived every moment to the fullest and established an enduring relationship with those around him. He was a HUGE Michigan State Spartan fan, and excelled himself in sports always giving 110% to the team as well as supporting his teammates. Coop certainly made his mark upon anyone he had the pleasure of meeting; always making them feel included in on something special. He had an amazing gift of connecting with people regardless of age.”

“If you had a bad day, you could go to practice and see his smiling face and all is right in the world,” Coach Collins said about Cooper per the Lansing State Journal. “As smart as can be, had everything in front of him. Good student, humble kid…he was just too young.”

So far, more than 870 people have donated to the GoFundMe, raising more than $53,700 for Cooper’s family. And on top of that, there have also been so many words of encouragement, support, and prayers for Coop’s family, friends, and loved ones.

“I will miss you, you mean so much to us that we can call you our little brother,” Julian Bolt said. “Hope this can be noticed by your family and let them know how much you meant to us in the community”.

Bolt’s comment on GoFund me included this touching statement from the Inferno Football League:

Our thoughts and prayers remain with Copper’s family has they navigate through this difficult time. May God give them an overwhelming peace and comfort that surpasses all understanding as they grieve, mourn, remember, honor, and celebrate the life of their precious loved one.