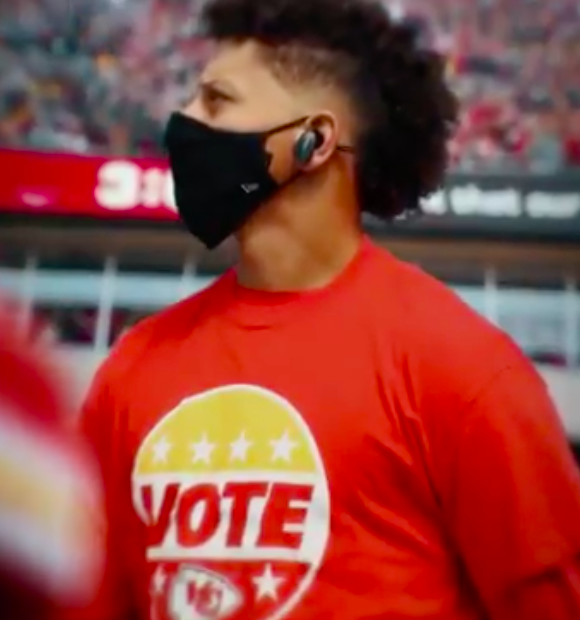 Patrick Mahomes is a Super Bowl MVP, the Kansas City Chiefs quarterback, and now, he can add something else to his resume. With votes still being counted in the US Presidential Election, here’s a report on who else was voted for:

According to FOX 4 KC and Harold R Kuntz, Mahomes “received votes as a ‘write-in’ candidate for president in Clay County.” It’s unclear just how many write-in votes he got.

“Funny getting written in, but that’s not anywhere I’m thinking right now, maybe later on I’ll think of a slogan,” Mahomes said on people voting for him, per Kuntz and FOX 4 KC. “I think Arrowhead ended up being a great spot for people to come together and vote. A great place where it seemed everything went smooth and it was ran well. Super exciting and hopefully we can continue to do that.”

Along with Mahomes getting votes, his home stadium opened up its doors for people to vote on Election Day. On November 3, Mahomes posted, “Arrowhead Stadium will be available to Kansas City residents who live in Jackson County as a polling location. #VOTE…The time is now.”

This “write-in” presidential candidate also just so happens to be an NFL quarterback who’s throwing for 2,315 yards and 21 touchdowns so far this season. After a big week helping advocate for people to vote during a pivotal time, Mahomes has a big game to focus on as the Chiefs host the Panthers on Sunday.