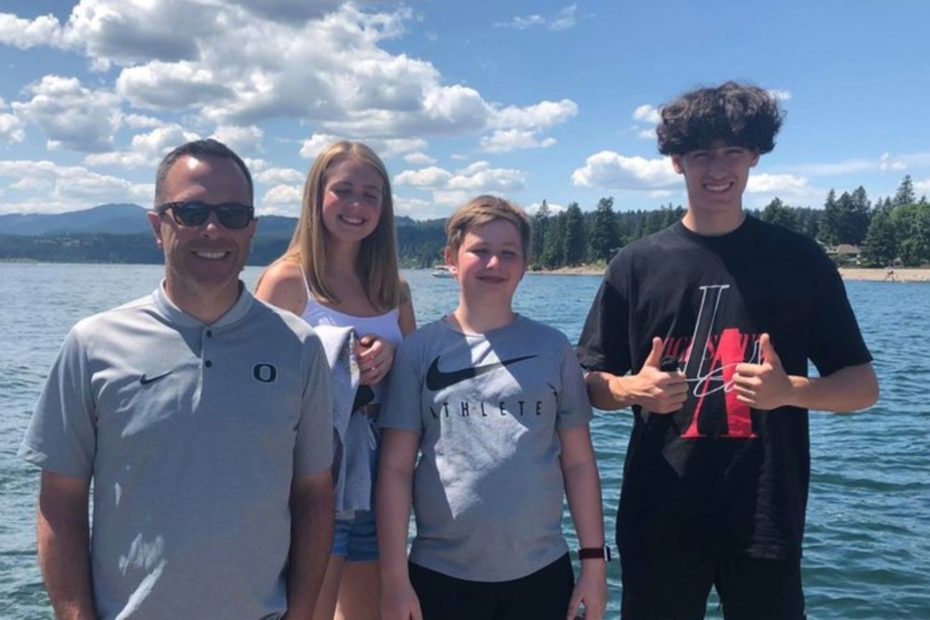 On July 5, PGA golf pro Sean Fredrickson, his son Hayden Fredrickson, and his stepchildren Sofia and Quinn Olsen, were on an airplane flying over a lake in Idaho when the aircraft went down.

According to reports, the plane Fredrickson and his children were on collided with a second plane. Fredrickson, Hayden, Sofia, and Quinn died as a result. In an interview with KPTV, Fredrickson’s wife, April Fredrickson, said that her family “died while they were on an adventure.”

“Everyone was so excited to be on that plane,” April continued. “I think that, at the end of the day, they died doing what they loved which was, you know, being together. I don’t know a person that did not like my husband. He just had an infectious personality. Always wanted to take care of everybody else.”

“My daughter was 15 and … she loved life, she literally loved life. My little guy was Quinn. He was 11 and he was my best friend. He was just always in tune with what I needed. My stepson [Hayden] had just gotten his license, and he had his car, and he had a girlfriend and his life was good. His life was so incredibly good, and he was a happy kid.”

The PGA also remembered Sean and his kids after the news was made public. “It is with great sadness that we share the passing of our friend and President Sean Fredrickson yesterday in a plane crash in Coeur d’ Alene,” the organization said in their statement.

“Sean was an incredible father, husband, PGA Professional, mentor, and leader. There are never words to communicate the pain of such a loss. Whether through prayer or quiet reflection, please hold Sean and his family in your hearts. A rising star in the PGA, Sean led the Section through an unprecedented time, first taking the reins a year early as President and then leading us wisely through this pandemic. We are all better because of Sean’s leadership over the past twelve years.”

The passengers aboard the other plane also perished in the accident. According to the Kootenai County Sheriff’s Office, the crash occurred around 2:20 p.m. on Sunday. Multiple units, including the U.S. Coast Guard responded to the scene.

According to reports, a total eight passengers and crew were involved. One of the charter planes was operated by Brooks Seaplane and a professional pilot was operating that aircraft. An investigation into how the plans collided is still ongoing.