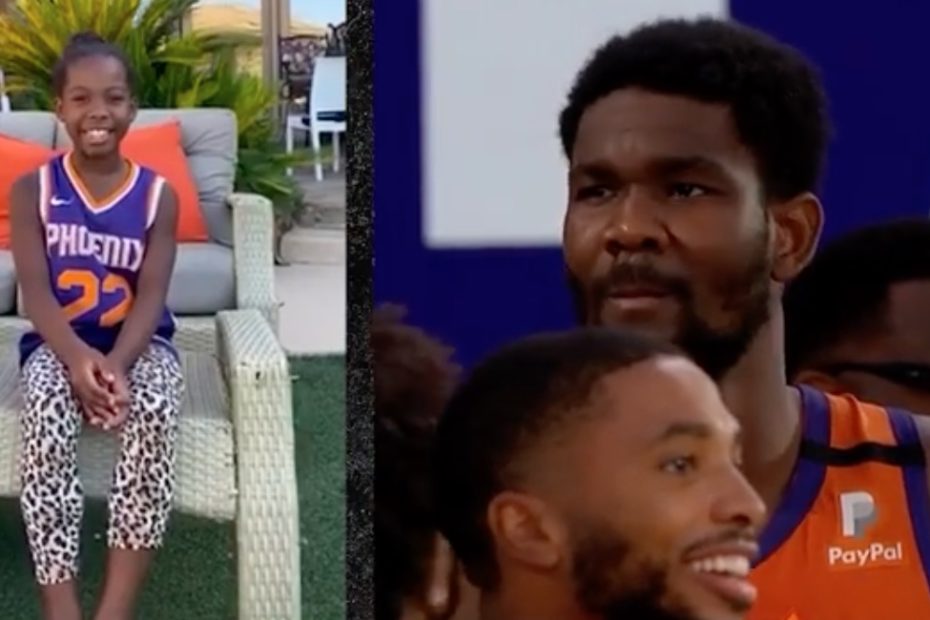 With much of the NBA still living in a bubble to contain the spread of COVID-19 while they finish the 2020 season, many of them have not been able to see their family or friends. As a result, the Phoenix Suns surprised their players with a fun little video before their game against the Philadelphia 76ers.

As the NBA has reported, since entering into the bubble in Walt Disney World there have not been any new cases of coronavirus within the organization. And as a thank you for their sacrifice, the Suns asked friends and family members to film themselves introducing their player.

They then played those videos before the game against the 76ers on Tuesday night. And the looks on the athletes’ faces were pretty priceless.

You Can Watch Both the Reactions and the Videos Below:

And it wasn’t just the Suns’ players that loved the videos, so did other players around the league. From Steph Curry to LeBron James, everyone had a rather emotional response to the surprise.

LeBron James added, “That was AMAZING!!!! S/O the Suns for that. Damn, I miss my family!”

The Suns are currently 8-0 since the season restarted. However, despite their performance in the bubble, it was not good enough to make up for what their season was before it was postponed in March due to COVID-19. As a result, they were eliminated from the playoffs.