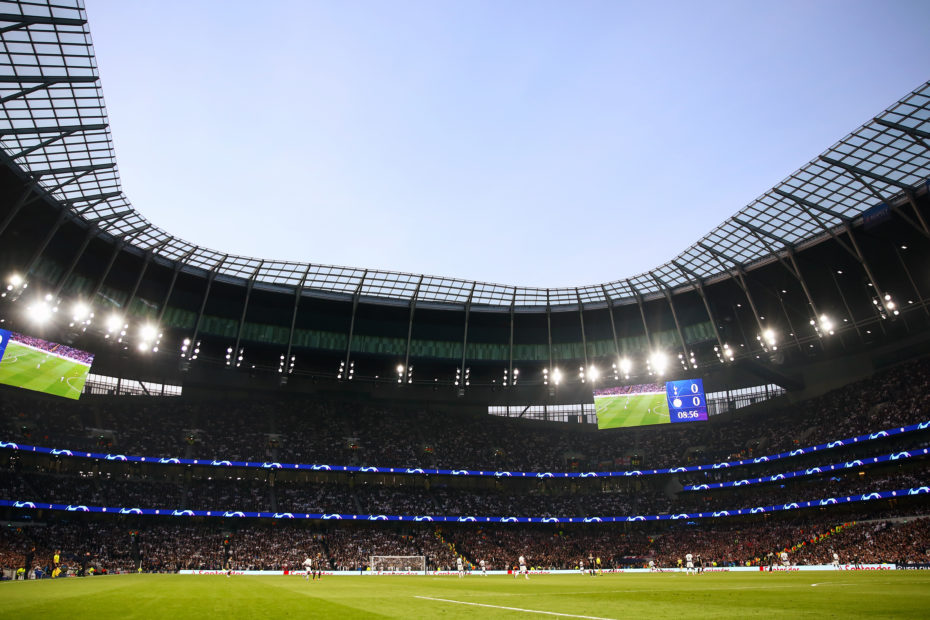 NFL Expansion: 25 Cities We Think the NFL Should Go Next

There’s nothing more exciting than when an NFL expansion team is awarded the opportunity to play in the greatest football league in the world. It’s an excellent chance to grow the league and opens its doors to a new fanbase. It doesn’t happen often, but it’s something we look forward to.

When the NFL was established in 1920, there were a total of 14 teams. Over the past 100 years, those teams have relocated to new cities, changed their names, and additional teams have been added to the mix — known as NFL expansion teams. Today, there are 32 NFL teams.

When you look at the list of teams in the NFL today, it’s amazing how many of them are considered NFL expansion teams. The league has come a long way in 100 years and has grown to be one of the most popular professional sports leagues in the entire world.

RELATED: The Best Football Numbers Based On These 20 NFL Stars

NFL Expansion Cities We’d Like to See the Most

Some of the most popular NFL expansion teams in the past include the Dallas Cowboys, Minnesota Vikings, Atlanta Falcons, New Orleans Saints, Tampa Bay Buccaneers, Seattle Seahawks, Carolina Panthers, Jacksonville Jaguars, and most recently the Houston Texans.

The Texans were the latest NFL expansion team and were added to the league in 2002. That’s nearly 20 years ago and with the NHL adding several teams to their roster in recent years, it might be time the NFL starts to consider doing the same. It’s been long enough, don’t you think?

We think so. In fact, we can think of 25 cities that are worthy of an NFL expansion. Some of these cities have teams in other pro sports, while others could use a general morale boost. Either way, let’s take a look at some of the cities we believe deserve careful consideration.

Edmonton is the capital city of Alberta, located right in the center of the province. It’s home to the Edmonton Oilers of the NHL and the Edmonton Elks of the Canadian Football League. In fact, the Elk have won the Grey Cup Championship fourteen times over the past 70+ years.

Who They Root for Now: Green Bay Packers

There’s already an NFL team in Wisconsin and they have a lot of support — the Green Bay Packers. Milwaukee is about a two hour drive south of Green Bay (closer to Chicago) and has more than five times the population of Green Bay. It would create quite the rivalry in Wisconsin.

An NFL expansion to Albuquerque would be interesting. It has a sizable population and there currently isn’t any NFL team in the state of New Mexico. It’s not the most popular place for the NFL to expand to, but it would certainly build a new fanbase in the Land of Enchantment.

Vancouver is located in the southwest corner of British Columbia, Canada — just a three hour drive north of Seattle. It’s already home to an NHL team, MLS team, NLL team, and A baseball team. The BC Lions (CFL) have won six Grey Cup championships, most recently in 2011.

Who They Root for Now: Minnesota Vikings

Bismarck is the capital city of North Dakota and despite its small population, it would give neighboring states (Montana, Wyoming, South Dakota) someone to root for. There are currently no pro sports teams in the area, but it used to host a team in the NBA Development League.

Who They Root for Now: Seattle Seahawks

Just think about how cool it would be to award an NFL expansion team to Alaska. There’s currently no professional sports teams in the state and barely any amateur teams, so it would bring new life to the most populated city in Alaska. Its proximity to Russia would be unique.

Who They Root for Now: Las Vegas Raiders

Let’s be honest, the Oakland Raiders should’ve never left Oakland. While Las Vegas deserves an NFL team, it should’ve been an expansion — not a relocation. The Raiders’ fans were some of the best in the NFL. Bringing those fans a new franchise might be exactly what they need.

Who They Root for Now: Los Angeles Chargers

Speaking of teams that recently relocated, the San Diego Chargers should’ve never moved to Los Angeles. Not only did LA already have an NFL team, but San Diego was a great city for a football team. They’ve been in LA for four years and still don’t have a permanent home arena.

Who They Root for Now: Dallas Cowboys

When you see the type of loyalty residents have for the University of Texas Longhorns, you start to wonder why they haven’t been awarded an NFL team — or any major pro sports team. Although it’s considered Cowboy territory, that would quickly change if they had their own team.

It might not have the biggest population you’d like to see in a potential NFL expansion city, but that doesn’t mean it should be overlooked. With no major professional sports teams in the state of Virginia, Norfolk would definitely be the city to pick — above Chesapeake and Virginia Beach.

Who They Root for Now: Cleveland Browns, Cincinnati Bengals

I know what you’re thinking, the football community in Ohio already has the Cleveland Browns and Cincinnati Bengals, but Columbus is definitely deserving of its own NFL expansion team — especially considering the large presence of Ohio State Buckeyes’ football fans in the city.

We’ve already mentioned two cities in Canada, but it’s no surprise to see Montreal on this list. They already have a well-known NHL franchise and CFL team. It would be interesting to see an NFL team in Montreal, especially with a population of almost 2 million people in the city.

With the success of the Alabama Crimson Tide in Tuscaloosa, you might be surprised to see Birmingham here, but we think Birmingham is more deserving of an NFL expansion team. It has a larger population and would still draw in quite the crowd from Tuscaloosa (one-hour drive).

Who They Root for Now: Tampa Bay Buccaneers, Miami Dolphins

Florida is already home to three NFL teams — Jacksonville Jaguars, Tampa Bay Buccaneers, and Miami Dolphins. Adding another one might be overkill, but that doesn’t mean Orlando wouldn’t be a good location for an NFL expansion team — it’s located in central Florida.

The University of Louisville dominates the sports scene in Louisville, but it has also seen a recent emergence of soccer. Not having any major pro sports teams, the NFL would do well here. Fans are forced to root for nearby teams and would quickly change if they had their own franchise.

Who They Root for Now: Denver Broncos, Arizona Cardinals

It might not look like they have a large population, but Salt Lake City is as loyal as they come with their sports teams — just look at the Utah Jazz. As we crack the top-10, it’s no surprise we believe Salt Lake City to be a team deserving of an NFL expansion team — it needs to happen!

Who They Root for Now: Dallas Cowboys, Houston Texans

The San Antonio community already has the Dallas Cowboys and Houston Texans to root for, but their 1.5 million population could use their own franchise. In fact, its population is larger than Dallas and it would do well in the NFL, especially considering how loyal Spurs’ fans are.

No one knew how badly the Oklahoma City community needed a professional sports team until the Thunder arrived. Now, it’s clear that adding an NFL expansion team is the next step. It’s largely Dallas Cowboys’ territory, but that wouldn’t last long if they had their own franchise.

Who They Root for Now: Kansas City Chiefs

We’ve talked about Oakland and San Diego, two teams that recently relocated — although they shouldn’t have. St. Louis is another team we wish never relocated. It had a good fanbase and it wouldn’t take much to regain those fans, who have mostly turned to the Kansas City Chiefs.

Who They Root for Now: Denver Broncos, Kansas City Chiefs

If it weren’t for Peyton Manning, Omaha might not have any place in the NFL. With that said, he made the ‘Omaha’ audible call famous throughout the league. How awesome would it be if Omaha was awarded an NFL expansion team? It would be a great tribute to Peyton Manning!

Portland is home to some of the most loyal fans in the entire country, evidenced by their love for the Portland Trail Blazers. They embrace that team and all the players that come with it. That’s what the NFL is all about and exactly why we believe Portland deserves to be in the top-five.

Who They Root for Now: Buffalo Bills

There has been a lot of talk over the past decade about moving the Buffalo Bills to Toronto, but it has constantly been shut down — so it’s clear the Bills aren’t going anywhere. With that said, the NFL does have a big presence in Toronto already and the area would do well with its own team.

Who They Root for Now: San Francisco 49ers

It’s clear that the NFL wants to expand their reach internationally, which is why three of the top four NFL expansion cities on this list are all outside the United States. Honolulu is the one that isn’t and for good reason — it needs a franchise. It would be one of the coolest NFL destinations.

The NFL is already committed to playing two games in London’s Tottenham Hotspur Stadium every single year and the reason is they have such a large following out there. Fans in London want it and the NFL wants it, so it only makes sense to give London their own NFL franchise.

Who They Root for Now: Las Vegas Raiders

Despite choosing not to play any NFL games in Mexico City during the 2021 season, they have played five games in the city over the past few years. It’s reported that the NFL is the second most popular sport in Mexico City and it’s only a matter of time before they get a franchise.

When Will the Next NFL Expansion Happen?

The NFL isn’t just a popular sport in the United States. It’s enjoyed by fans all over the world and while it hasn’t gone international with its franchises, it has started to expand its reach by playing games in Mexico City and London — two cities that are likely to get an NFL expansion team.

With that said, it’s unclear when the next NFL expansion will happen. It’s actually surprising that it hasn’t happened recently, especially since it’s been nearly two decades since the Houston Texans were added to the NFL. What we know is that the NFL is long overdue for an expansion.

YOU MAY ALSO LIKE: 30 of the Best Sports Logos Ever

For now, we might have to live with some teams relocating, opposed to the league expanding. There has been talk of the Jacksonville Jaguars moving to London, which is actually a real possibility — especially if the Jaguars continue to be the laughing stock of the NFL.