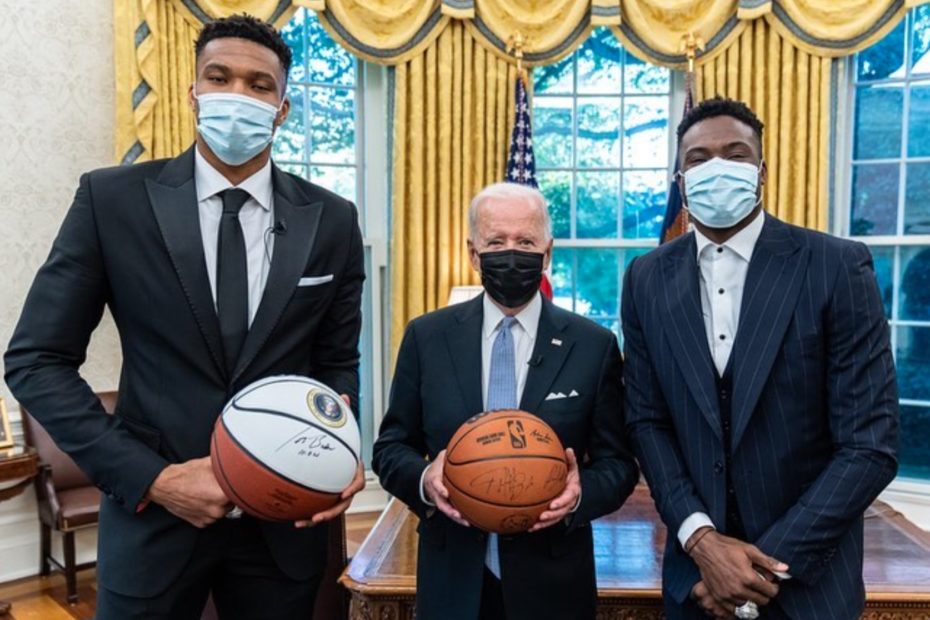 The Milwaukee Bucks proudly brought home the 2021 NBA Championship title and were given the chance to meet the 46th president, Joeseph R. Biden.

Although NBA champions typically had a tradition of visiting the White House and meeting the president, this occurrence was temporarily put on hold during Trump’s time in office. For five years, the NBA champions have not had the chance to spend time in Washington. However, the Bucks seemed happy to have the event begin once more.

“You grow up and you watch games, you watch the playoffs, you see teams win championships, and it’s just always part of that post-celebration to see teams going to the White House,” Brook Lopez, center for the Bucks, stated according to ESPN. He included the sentiments, “It’s amazing and humbling to be part of that tradition. It’s very cool.”

President Biden also seemed to enjoy the company of the champions, particularly Donte DiVincenzo. Since both men are from Deleware, they had a lot to discuss.

“It’s a once-in-a-lifetime opportunity,” DiVincenzo recalled. “It was a humbling experience, for one, to see somebody from Delaware in the presidency, and two, to be here with the team, win a championship, be here to celebrate that.”

He added, ” [But] to be singled out and talked about like that was a really humbling experience.”

Biden also singled out the NBA’s two-time MVP Giannis Antetokounmpo who is a native of Greece. Applauding his impressive skills and working his way to the top of the sport, Biden commented, “At just 26 years old, you’re just getting started.”

“What makes it even more special is you won the title with your brother, who is here today…Sons living the dream of an immigrant family from Nigeria and then Greece in search of new opportunity. In struggles, they always dreamed. Brothers who once had to share the same basketball shoes, all five of them, before they got to the NBA,” The President elaborated, noting the significant role Antetokounmpo’s played in making his dreams come true.

“It’s an unbelievable opportunity to be able to be in the White House meeting the president of the United States. I could not be as honored and happy that something like this ever — ever comes — something like this in my life,” Giannis shared in response to Biden’s words, slightly emotional over the event.

It is safe to say that the Milwaukee Bucks enjoyed their time in Washington!