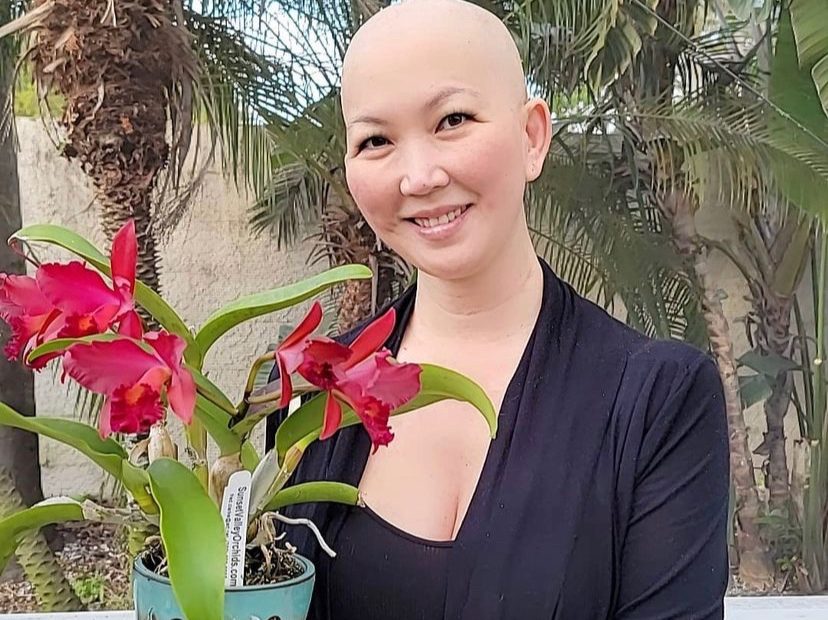 Professional pool player, Jeanette Lee, often referred to as ‘Black Widow’ has been very open with the fact that she has been diagnosed with stage 4 ovarian cancer. Much like how she dominates on the pool table, she has no plans to slow down or stop fighting her battle. “I’m incredibly stubborn,” she stated, referring to her stamina.

“In my mind, if I stay positive and active, I can will myself to live a little longer,” Lee shared, according to Sports Illustrated. She went on to explain that outlook and attitude can make or break a person and commented, “If this disease is telling me I’ll probably have less time than everyone else, I’d better make the most of it.”

Lee noted that one of the worst aspects of having cancer is dealing with the repercussions of chemotherapy, which can lead to a decrease in mental sharpness. “It’s like everything has really been taken from me. I’m just a shell. I’m still walking, but I’ve already lost what everyone on the planet knows me for: a world champion playing pool,” the shared.

Lee’s pool playing journey began in 1989 and she quickly made her way up the ranks since then. In the 90s, she was largely regarded as the best female pool player of all time and has since won multiple world championships. Alongside being an incredible player, Lee has three daughters ranging from ages 11 to 17.

“Every time they laughed, I’d think, ‘How can I take that away from them?'” Lee said. She went on to share the vulnerable information, “As soon as I told them [about my cancer], it became very quiet in the household. I kept saying, ‘I’m going to fight this.’ And they kept going, ‘Yes, I know, mommy.’ But they were crying. They were terrified. The fact that there’s a chance they could grow up without a mom is just mortifying.”

Lee described the feeling of fighting cancer as being “cooped up in a closet, dark and alone,” but went on to acknowledge that with friends and family, the battle is the slightest bit easier.

“If you’re not in that closet, you’re still suffering but you’re talking to people, you’re sharing, and they’re there for you. And that’s gratifying. To think you could feel gratified by something horrible that’s happening to you is just a blessing,” she revealed.

Lee additionally included the brave sentiments, “If it’s my time, it’s my time. But I have no fear of what I can control. I’m incredibly stubborn. And my love of my children far exceeds anything I can imagine.”

A GoFundMe exists in Lee’s name to, “ensure that the girls [her daughters] are appropriately cared for and can afford to go to college.”