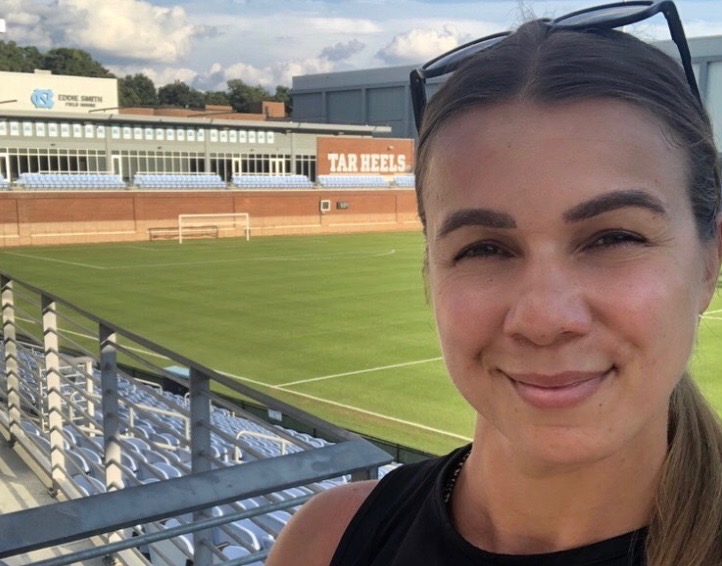 Thirty-four-year-old Rachel Balkovec has just made history as the first-ever woman hired to manage a minor league affiliate of a Major League Baseball team. As of Tuesday, she was promoted to manager of the Tampa Tarpons.

“On behalf of Major League Baseball, I congratulate Rachel on this historic milestone,” the MLB wrote in a statement that announced the exciting news. “As manager of the Tampa Tarpons, she will continue to demonstrate her expertise and leadership in the Yankees’ organization.”

The league’s issued statement additionally included, “We wish Rachel well in this new capacity and appreciate her mentorship to the growing network of women in baseball operations and player development roles.”

Balkovec’s history in the MLB began in 2012 when she was offered a position with the St. Louis Cardinals as a minor league strength and conditioning coach. In 2019, she joined the Yankees as a hitting coach and began her journey as a leader for women in baseball; this positioned her deemed her the first woman in history to hold a full-time job as an MLB affiliate.

Balkovec is a former softball catcher and was even the Latin American strength and conditioning coordinator for a period of time. During her time with this job, she was able to learn Spanish as a second language. By 2018, she decided to take some time off of her career and further pursue an education at Vrije University in the Netherlands.

While earning herself a second master’s degree, she continued to coach baseball throughout her time in the Netherlands before New York offered her a coaching position with their team.

The MLB continued to celebrate Balkovec’s achievement and expressed that the organization is happy to see her paving the way for gender equality within the baseball community.

“Major League Baseball is committed to providing a supportive environment for women and girls to pursue our sport as players, coaches, umpires, and executives,” they relayed. In their concluding statement, they said, “We are proud of Rachel… and all the women across our sport who are setting a positive example for our next generation of fans and proving, on and off the field, that Baseball is a game for everyone.”

Balkovec has expressed that her journey to the MLB has made her a stronger coach. “I view my path as an advantage,” she explained to Associated Press. “I had to do probably much more than maybe a male counterpart, but I like that because I’m so much more prepared for the challenges that I might encounter.”