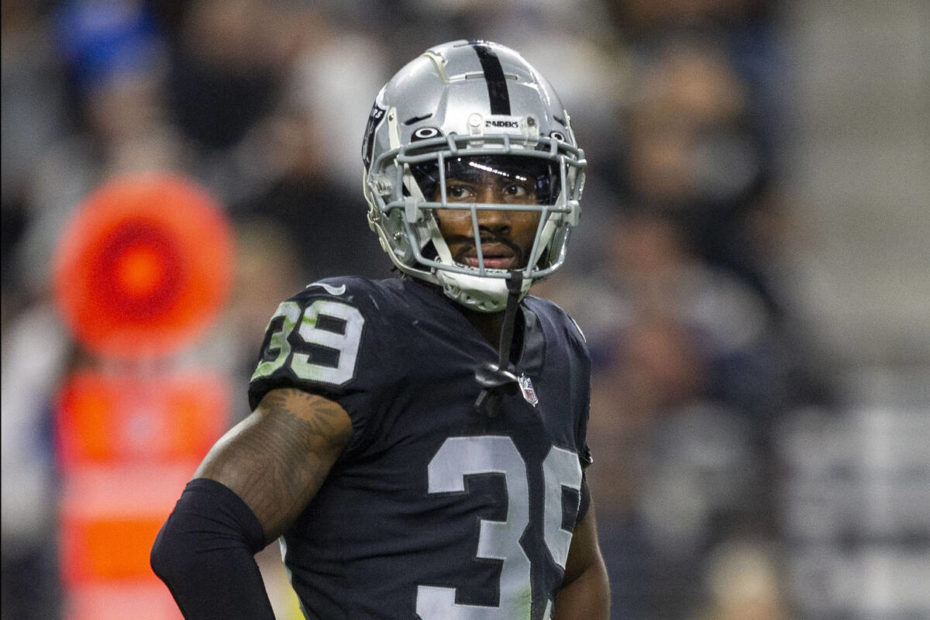 The Las Vegas Raiders just can’t seem to stay out of the negative spotlight and it continues into the offseason with rookie cornerback Nate Hobbs at the forefront. He was found guilty of careless driving on Wednesday for an incident that occurred after 4:00 AM on January 3rd.

Hobbs was found asleep at the wheel of his car the morning after the Raiders’ Week 17 win vs. the Indianapolis Colts. His car was in the exit lane of the Cromwell parking garage, right across the street from Ceasar’s Palace on the Las Vegas Strip. He had been drinking the night before.

It was originally believed that Hobbs could face a DUI charge and he came extremely close to that fate. Luckily for Hobbs, blood analysis showed that his BAC was 0.07% – the legal limit in Nevada is 0.08%. He was only charged with Unlawful Manner of Driving — Careless Driving.

His punishment is 20 hours of community service, a victim impact panel, and a $685 fine. It seems doable, but he could face a 30-day jail sentence if he doesn’t comply. It was also announced that Hobbs will enter an alcohol treatment program, which is provided by the NFL.

That’s Not All for Nate Hobbs…

As we said, the Raiders like drama, and Nate Hobbs is certainly feeding into it. In addition to the charge discussed above, Hobbs is facing another reckless driving charge for an incident that occurred on January 16 – the day after the Raiders’ playoff loss to the Cincinnati Bengals.

Hobbs was caught driving 110 mph in a 65 mph zone on the freeway. He was ticketed by the Nevada Highway Patrol and will be seeing a judge on April 16th – so stay tuned for that. It’ll likely be more bad news for the rookie cornerback, who has a lot of promise in the NFL.

He finished his first season with 74 tackles, 1 interception, 1 forced fumble, 1.0 sack, 4.5 stuffs, and 3 passes defended. He also had 8 tackles and 1 pass defended in the lone playoff game. He was drafted in the fifth round and exceeded expectations in what was a crazy season.

When Will the Las Vegas Raiders Catch a Break?

The Raiders finished the season 10-7 and while they made it to the playoffs, their season was doomed from the start. Just five games into the season, former head coach Jon Gruden was forced to resign amid an investigation into homophobic and misogynistic emails he sent.

Then star wideout Henry Ruggs III caused a fatal car accident that resulted in one woman burning to death. And they released cornerback Damon Arnette after a video surfaced online of him threatening some people with guns. This all happened in the middle of the regular season.

YOU MAY ALSO LIKE: Why Barry Bonds Being Excluded From the Hall of Fame is Shocking

While the team was able to win some games and make it to the playoffs, it was far from a picture perfect season. They need to do some heavy reflecting this offseason because this type of behavior can’t continue. Meanwhile, they’re still looking for their next head coach.