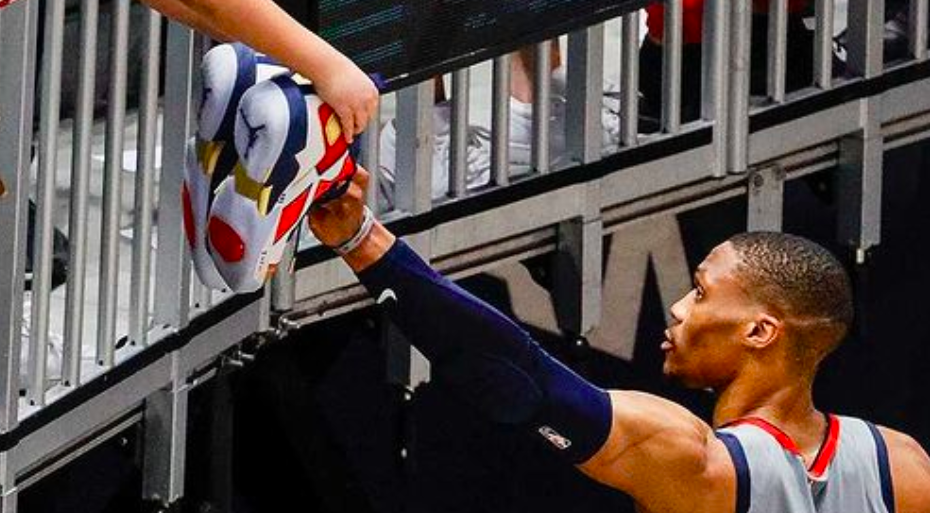 There Have Been 4 Fan Incidents During The 2021 NBA Playoffs: A Recap

If you’ve been following the NBA Playoffs, you’ve probably seen how close the Western Conference series’ have been so far. From the Los Angeles Lakers and Phoenix Suns going head-to-head to the Los Angeles Clippers coming back to tie the series against the Dallas Mavericks, it’s made for some exciting basketball.

RELATED: Find Out What Happened To The Fan Who Spit On Trae Young

That’s the basketball on the court. But, what’s also garnered attention as sports talk shows are filled with this, is what’s happening from the fans as of recent.

As At The Buzzer covered last week, Trae Young took the high road after a fan apparently spit at him and Russell Westbrook called for the NBA to do more to protect players after someone threw popcorn at him.

Okay, the incidents happened, that was messed up. The players were able to speak up and share how they felt about it, the fans were banned. Now, let’s move on. Let’s play some basketball, focusing on just that. NBA playoff basketball.

Well, then fans did this the following week.

After Game 4 of the Nets and Celtics series (per YES Network), on May 31, a fan threw a water bottle from the stands which just missed hitting Kyrie Irving:

Here’s what Irving, Kevin Durant, and James Harden said about this:

Per ESPN’s Malika Andrews and Tim Bontemps, “(a)ccording to Boston Police, a witness says the suspect…threw a Dasani water bottle at Irving… (and the suspect) is charged with assault and battery by means of a dangerous weapon and will be arraigned Tuesday in Boston Municipal Court.”

Then, a day after that, another incident with a fan would happen in this series. It was the Philadelphia 76’ers game against the Washington Wizards at our Nation’s Capitol city.

The Wizards were down three to zero and were able to win at home, but not without this happening in the third quarter.

Here’s what Wizards head coach Scott Brooks had to say about it:

“During this evening’s game, a fan was apprehended by Capital One Arena Special Police after attempting to breach the court,” Monumental Sports & Entertainment (the Wizards ownership company) tweeted. “He will be banned from the arena and charges are being pursued with DC MPD.”

Here’s what the Inside The NBA crew said about the incidents:

What are your thoughts on what’s been happening from certain fans at these NBA playoff games so far?