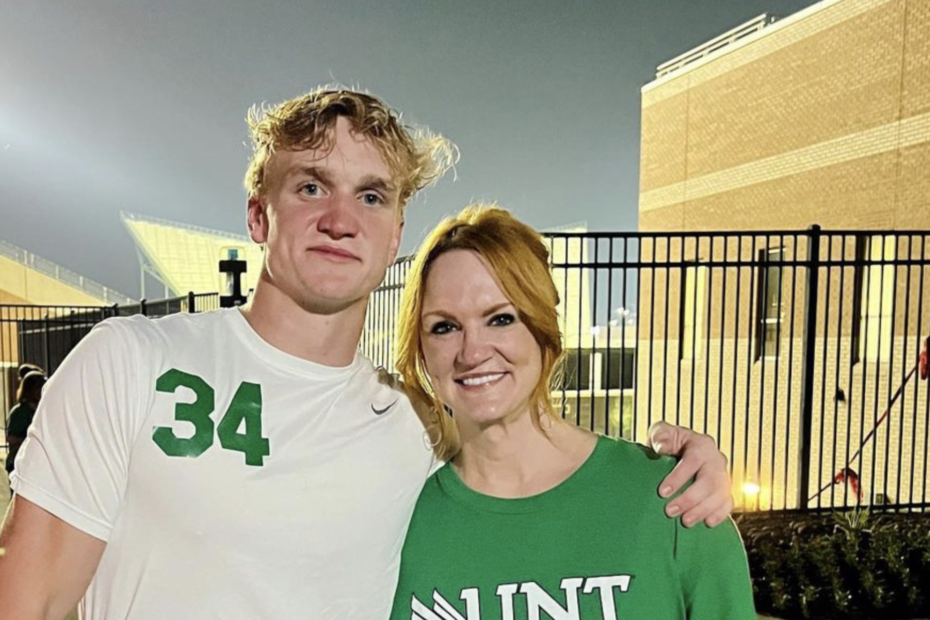 Ree Drummond, better known as The Pioneer Woman, was excited to showcase her son Bryce during his first-ever college football game at the beginning of September.

In January, 19-year-old Bryce graduated high school early and began practicing football the following semester at the University of North Texas. His mother initially announce this exciting news on Instagram, writing, “(Bryce) was recruited to play quarterback at University of North Texas, and he worked hard to graduate from high school early so he could get down here and participate in spring practice with his new team.”

And, when the football season began this fall, the Food Network star could not be more proud of her teenage son for following his dreams. In fact, Drummond displayed so much support that she drove over 500 miles just to see him play in his first game.

“I drove to Texas to see Bryce today! Then I drove home. A captivating story, I know,” the mother said in the caption of an Instagram post, attaching a photo of her and her son in his football uniform. She proceeded to add the sentiments, “But I sure loved every minute. I love you, Bryce.”

However, Drummond’s visit to Texas required more than just her attention on the football field. The chef also shared that she helped set up her son’s living essentials, ensuring he was stoked up on all the necessities that go along with being a young adult.

Ree Drummond discusses preparing her son for life on his own

“2 trips 2 hours apart to 2 different Walmart locations plus 2 hours of organizing and 2 iced coffees was all it took to get Bryce’s kitchen all set up and stocked yesterday. (Oh, and a 500-mile drive to Texas and back.)” the mother commented.

Drummond continued, “I guess it’s that important to me for my child to be able to make an egg. I love you, my son!”

In addition to Bryce, his younger brother Todd is also quite the football prodigy. Set to play at the University of South Dakota next year, it is clear that football is a factor that runs throughout the Drummond family. When the 53-year-old chef was displayed on the cover of the Pioneer Woman Magazine, she explained in an interview that her son’s playing football is a significant part of her life.