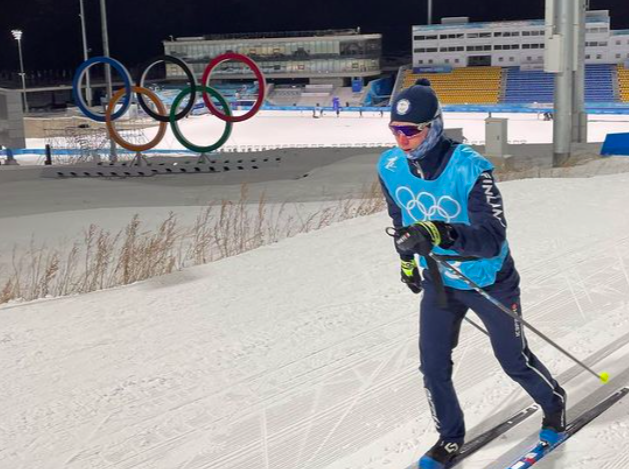 Remi Lindholm Suffers a Truly Unfortunate Genital Freeze During the 2022 Olympics: ‘The Pain Was Unbearable’

Finnish cross-country skier Remi Lindholm dealt with an unfortunate series of events following his participation in the men’s 50km during the Beijing Games.

While the Olympic organizers decided to shorten the race to 30km and delay the competition by an hour to see if the temperature would increase, this decision did not help the Finland native.

As he glided through the freezing cold for an hour and 16 minutes, the 24-year-old athlete was met with what is perhaps the worst thing that could happen during a competition of this caliber: his penis freezing during his run through the course.

The Finnish athlete, who made his Olympic debut this year, admitted following his completion of the race, “You can guess which body part was a little bit frozen when I finished (the men’s Olympic 50km race).”

Temperatures reached 1.4-degrees Fahrenheit and accompanied with 40 mph winds, the real temperature felt closer to -26 degrees. Given that this is probably any skier’s absolute nightmare, Lindholm had no problem confirming the discomfort he felt after he finished the race.

“It was one of the worst competitions I’ve been in. It was just about battling through,” he shared with reporters.

What is perhaps even more shocking and also a little bit sad, is that this is not the first time Lindholm’s private areas have become victim to the cold. According to multiple news outlets, he suffered the same fate during a cross-country ski race in Ruka, Finland last year.

Despite the Olympic organizers taking preventative measures to ensure athletes didn’t suffer frostbite, it seems that Lindholm is proof that it didn’t work. Although the skiers sport under layers, bodysuits, face, and ear protectants, there was little that could have been done to ensure the racer’s genitalia was protected from the cold.

In the heat of the moment, or more realistically, cold of the moment, Lindholm was focused on completing the race and could ignore the problem he had down south. The real pain came after the 30km race was finished.

Using a heat pack, he had to defrost his genitalia. The skier described the thawing as a horrific process. “When the body parts started to warm up after the finish, the pain was unbearable,” he commented.

Lindholm finished the race in 28th place which led many to ask, was the sacrifice worth the agony?