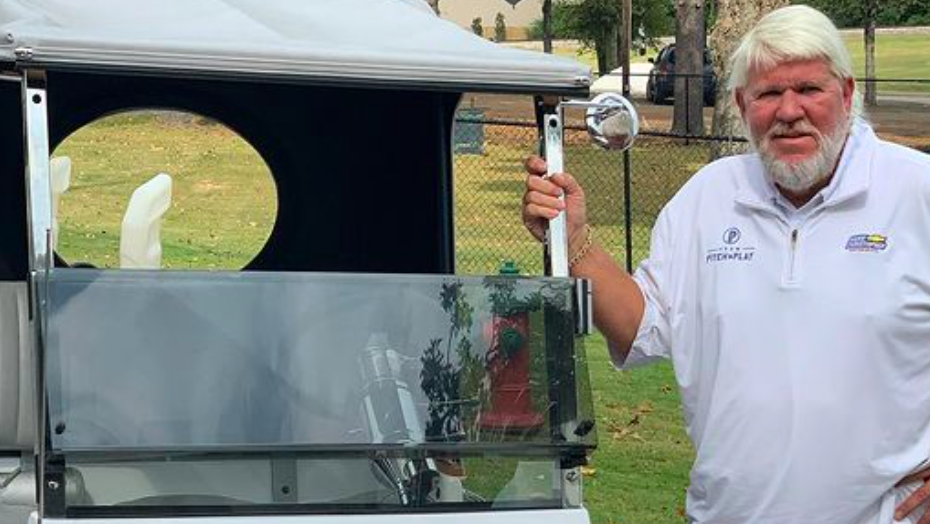 John Daly‘s been a golf pro since 1987. That’s more than three decades experience. On the golf course, he’s seen a lot. Daly has twelve top 10 finishes, including a PGA Tour Championship win, four international victories, and five additional victories (per the PGA Tour).

But, it’s what happened 30 years ago, one of many memories that will stand out as part of the golfer’s legacy.

ESPN’s Bob Harig detailed a story where Daly displayed an act of kindness after winning a tourney.

RELATED: John Daly Competing With Son Who Signed To Play Golf With The University Of Arkansas At Epic Family Golf Tournament

And it wasn’t just any tourney.

“Daly was the ninth alternate, only getting into the field after Nick Price withdrew for the birth of his first child on the eve of the first round. So Daly made the 7-hour drive from his home in Memphis to Indianapolis, arriving in town about midnight and without a practice round. The next morning, guided around the course by Jeff ‘Squeaky’ Medlin — Price’s usual caddie — Daly opened with a 69, then powered his way to an improbable victory and became a household name.”

Bob Harig, ESPN Senior Writer: ‘How John Daly, an unknown golfer then, helped a family dealing with tragedy 30 years ago’

Harig shared what Daly did afterwards in: ‘How John Daly, an unknown golfer then, helped a family dealing with tragedy 30 years ago‘.

“During the first round, a weather delay required that the course be evacuated. Tom Weaver, who lived in nearby Fishers, Indiana, and had recently gotten into golf, was there with two other friends. Weaver was walking to his car and was struck in the chest by lightning and died at the scene. He was 39 years old. He left behind a wife, Dee, and two daughters: Emily, who was 12, and Karen, who was 8. Days later, having just won his first major championship, going from obscurity to stardom, Daly (who had won $230,000) quietly, without fanfare, wrote a check for $30,000. He sent it to Dee Weaver to set up a college fund for her two daughters.”

Bob Harig, ESPN Senior Writer: ‘How John Daly, an unknown golfer then, helped a family dealing with tragedy 30 years ago’

“For him to win this iconic tournament and to be so selfless and share his winnings with us, it does shed a light on his true character and what he values most,” Karen, ‘whose last name is now Kirschner and who is a doctor in Indianapolis’ per Harig, said.

“I’m not a big golf person, but I tried to follow him, and some things I found were not in a positive light,” Emily, ‘whose last name is now Edmondson…She has four children and lives outside of Indianapolis’ according to Harig, said. “I just kind of chose not to be naive. I wanted to focus on what I knew of him. I didn’t want it to jade my thoughts or perspective on him. To me, it’s not important. It doesn’t negate what he did. It just speaks to his true character and the person that he is.”

“It really was amazing…what their mother did with the money to help her children at the time,” Daly said according to Harig.

“I just felt like I had to do something, almost a responsibility, since I felt [Tom Weaver] was out on the course because of us players and I thought in my heart it was the Godsend thing to do…I’m so proud of those girls and happy to help take care of them and for what they’ve accomplished…I was just so glad I could step in to help them,” Daly said per Harig. “And I wasn’t looking for any publicity; I was just so happy because it’s such a memorable place and special place and special for me in my life.”

You can read more of Harig’s piece on Daly here.

Daly’s son is also looking to go to college. In November 2020, Daly excitedly announced his son signed with Arkansas (where John also went) to play golf. Daly also played in a tournament the next month with his son, as well.