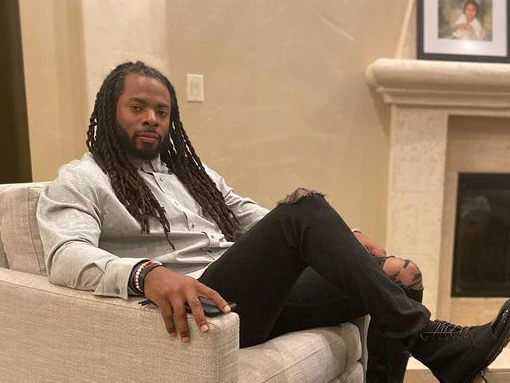 NFL cornerback Richard Sherman will be officially departing from the San Francisco 49ers and joining the Florida-based team, the Tampa Bay Buccaneers. Incredibly, the football star was personally asked by world-renowned quarterback Tom Brady to join the team. With an opportunity that big on his plate, of course he said yes.

“I went with the best offer I had, the best opportunity to go out there and put some great tape on, to lead another group,” Sherman reported, according to PFF. He additionally included the information, “I feel comfortable and confident in my abilities to go out there and execute and help that team win.”

Before getting into the decision, the cornerback gave his love to the 49ers and the Seattle Seahawks, who also expressed interest in Sherman joining their team. “Obviously, I have a ton of love for the faithful and 49er fans and the 49ers’ front office and that team. A lot of guys and a lot of friends I’m still rooting for and cheering for throughout the season. Obviously, still have a lot of friends with the Seattle Seahawks,” he said.

Despite being sworn enemies after the Super Bowl in which Brady stole the ring from Sherman, Brady was the one to personally influence the cornerback’s interest in Tampa Bay. He explained, “[Tom] and I have had a relationship over the years. He’s a great guy. Very encouraging. Obviously, we had our history, but what happens on the field stays on the field. Off the field, I think we have a very solid relationship.”

He added to the statement in reference to Brady, “I think we both thought it would be really cool if we had an opportunity to play together at some point in time. Obviously, with our situations, it didn’t seem likely at any point in time, but he reached out and said they may express interest. And obviously, he wanted to play with me.”

After reviewing his options, Sherman ultimately decided that going to Tampa Bay would be his best direction. “This was an opportunity I couldn’t pass up, and I weighed all of the options with my wife and my family, and this is what we came up with. Ready to strap them back up and go out there and show that these old legs still have some juice,” he commented.

Welcome to the Buccs, Richard Sherman!