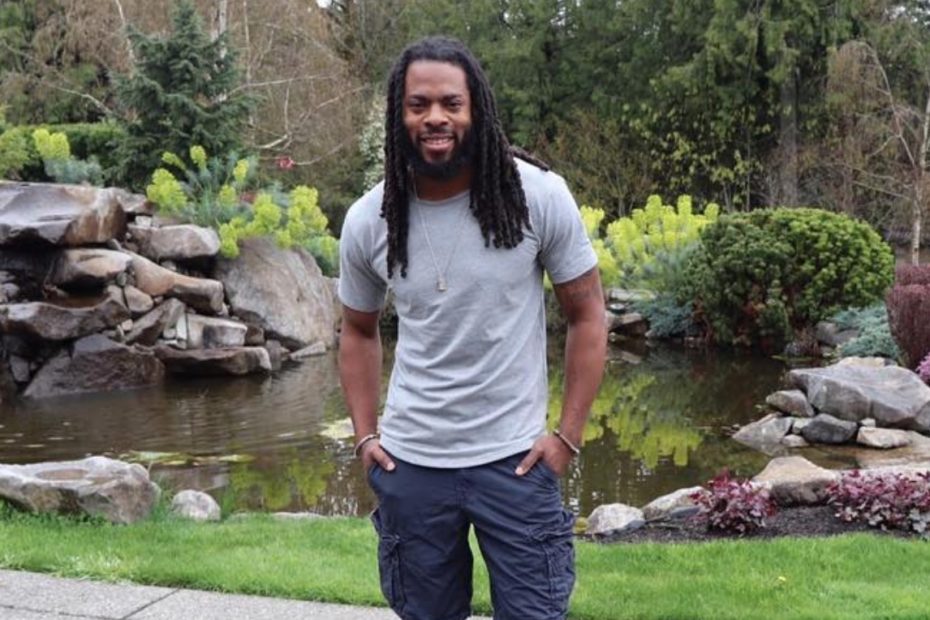 Richard Sherman Speaks Out After He’s Charged With 5 Misdemeanors

Richard Sherman has been formally charged after he was arrested on July 14. As At the Buzzer previously reported, the current free-agent cornerback was arrested in Seattle after a 911 call revealed he was attempting to get into a home he wasn’t supposed to be in. Reports now suggest that the home was owned by his in-laws.

In a brief statement, Sherman’s wife of three years, Ashley Moss, told the Seattle Times that Sherman’s actions that night were uncharacteristic. It is believed that Moss was the person who called 911.

“At this time we’re going to make no statements, except he didn’t harm anybody. My kids were not harmed in the incident. He’s a good person and this is not his character. We’re doing all right, just trying to get him out. I want people to know no one was injured.”

RELATED: 911 Caller Said Richard Sherman Was ‘Drunk’ and Threatened Suicide Before Being Arrested

It was further revealed that Sherman was reportedly deeply intoxicated the morning he was arrested. It was also reported that he threatened to end his own life.

Now, Sherman is officially being charged for the actions that transpired on July 14. According to ESPN, Sherman was charged with five misdemeanors. This is different from initial reports that alleged he was being investigated for burglary domestic violence, a felony offense.

As ESPN reports, “the charges include two domestic violence counts — criminal trespass in the second degree and malicious mischief in the third degree — along with resisting arrest, driving while under the influence and reckless endangerment of roadway workers.” All of the misdemeanor charges are punishable by up to 90 days in jail.

The football star is expected to plead not guilty. And he is now speaking out for the first time since his arrest on Twitter.

“I am deeply remorseful for my actions on Tuesday night. I behaved in a manner I am not proud of. I have been dealing with some personal challenges over the last several months, but that is not an excuse for how I acted. The importance of mental and emotional health is extremely real and I vow to get the help I need. I appreciate all of the people who have reached out in support of me and my family, including our community here in Seattle. I am grateful to have such an amazing wife, family, and support system to lean on during this time.”

After being formally charged, Sherman was released without bail. He has been instructed to not have any contact with his father-in-law, he is not to use any alcohol or nonprescription drugs, and he is not to possess a weapon.