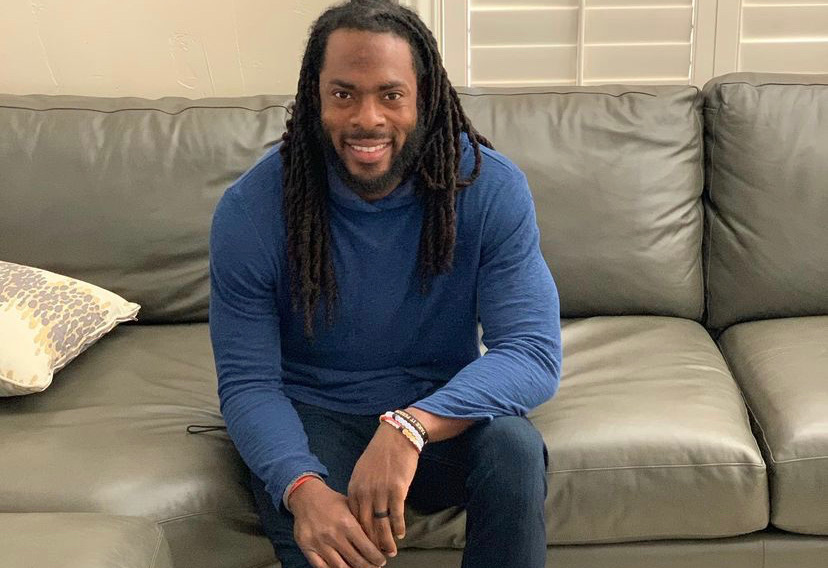 The San Francisco 49ers cornerback, Richard Sherman, was the subject of an alarming 911 call early Wednesday morning. In an intoxicated and mentally unstable haze, the cornerback threatened to take his own life when family members attempted to confront him in their Seattle suburb.

The 911 call was believed to be made by Sherman’s wife, Ashley Moss. The dispatcher reported hearing a woman describe the football player as “drunk and belligerent” and was “threatening to kill himself.”

Apparently, the caller also noted that Sherman was being “aggressive” and had sent text messages “to people saying he’s going to hang himself.”

The caller included that the San Francisco cornerback had consumed two bottles of hard liquor and that family members attempted to prevent him from leaving the residence. The caller also asked that the police “don’t shoot” when they arrive, for Sherman said he would fight the police if they came.

According to ESPN, “Sherman is facing several charges after authorities said he crashed his SUV in a construction zone, tried to break into his in-laws’ home and then fought with officers, who used a police dog to apprehend him. He was booked early Wednesday at the King County Correctional Facility in Seattle.”

Additionally, the football player was denied bail. A spokesman for the Redmond Police Department offered that this was a standard procedure for suspected domestic abuse cases.

What’s next for Richard Sherman?

The 33-year-old cornerback’s hearing before a judge is expected to take place this afternoon. From there, it will be determined if there is probable cause of arrest and a bail will be set.

Ashley Moss spoke to the Seattle Times about the incident and insisted that no one was harmed.

“My kids were not harmed in the incident,” said Moss. She explained, “He’s a good person, and this is not his character. We’re doing all right, just trying to get him out. I want people to know no one was injured.”

However, Sherman still faces a felony charge for burglary. Additionally, he allegedly drove his SUV into a construction site and fought with the police. ESPN included in their report that, “Washington State Patrol received a separate 911 call at approximately 1:26 a.m. PT about a possibly impaired driver after Sherman allegedly drove his SUV into a closed construction zone.”

Also, they offered that, “Redmond Police Department Chief Darrell Lowe said the situation between Sherman and police turned after he was informed they had probable cause to place him under arrest. At that point, he began walking away rapidly and fought as police tried to take him into custody.”

Sherman, who has completed his third season with the 49ers, might face consequences with the NFL due to this incident. On Wednesday, the NFL put out a statement that said they, “investigate any incident involving law enforcement and if there is a violation of the personal conduct policy, the player would be facing discipline.”

The NFL player also holds the position of vice president with the NFL Players Association’s executive committee. In a statement the NFLPA put out, they included that, “We were made aware of an arrest last night of one of our player leaders for an alleged domestic violence incident and have activated our domestic violence crisis protocol for the protection and support of everyone involved. We will continue to monitor events closely as more facts are made available to us.”

If you or a loved one is contemplating suicide, reach out to the National Suicide Prevention Hotline at 800-273-8255