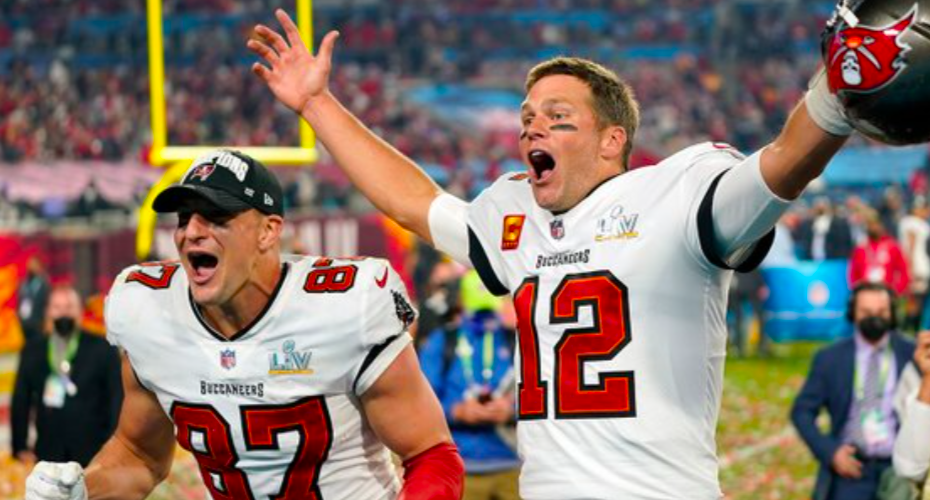 Tom Brady and Rob Gronkowski have won Super Bowls together on two different teams now. Obviously, there was a bunch with the Patriots and the most recent being with Bucs as the defending Super Bowl champions.

Gronk’s decided to “run…it back” with Brady going back to Tampa according to the NFL.

The five-time Pro Bowler and four-time All-Pro tight end has been one of Brady’s favorite targets to throw to.

In light of coming back to the Buccaneers, in Gronk fashion, he tweeted this:

Are you ready, kids? That’s the catch phrase from the opening to the TV show, “Spongebob Squarepants”.

It appears the tight end is ready and excited to go back to Tampa and Tom.

According to NFL.com’s Grant Gordon, Gronkowski “is running it back with the Super Bowl-champion Tampa Bay Buccaneers on a one-year deal worth up to $10 million deal, NFL Network Insider Ian Rapoport reported…via Gronkowski’s agent Drew Rosenhaus“.

To NFL fans everywhere, what better way to celebrate than a Gronk smash with Mickey Mouse and Minnie Mouse at Disney World.