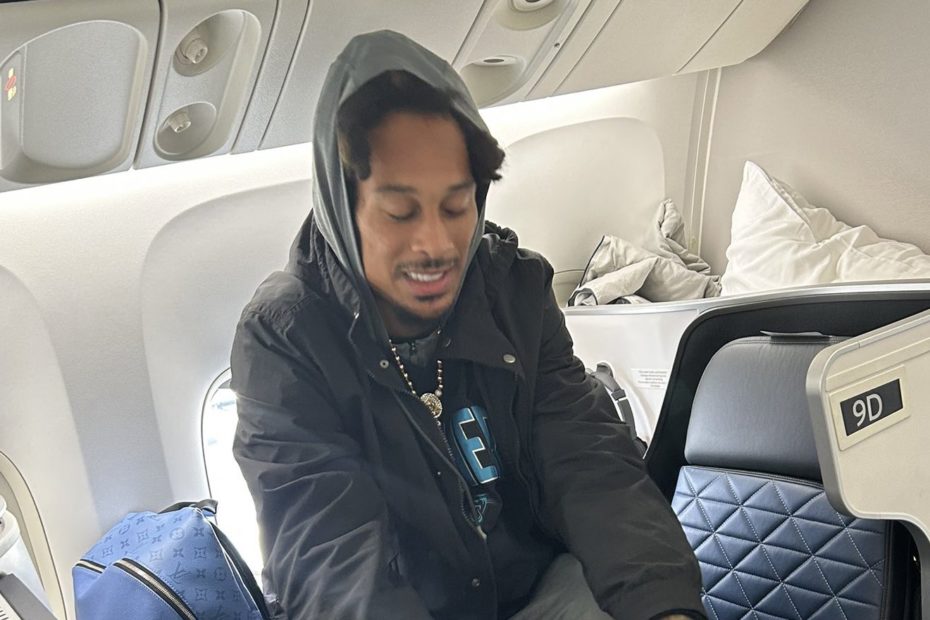 Robbie Anderson, 29, was Suddenly Kicked Out of the Game and then Abruptly Traded by the Carolina Panthers

Robbie Anderson, who played as a wide receiver for the Carolina Panthers since 2020, had his entire world flipped upside down on Sunday.

The 20-year-old NFL player was kicked out of Sunday’s game against the Los Angeles Rams by interim coach Steve Wilks after he was seen arguing with another coach on the sidelines.

Per ESPN, Anderson was reportedly arguing with receivers coach Joe Dailey throughout the game at SoFi Stadium until Wilks sent the player to the locker room. By the following day, he was kicked off the Panthers and traded to another team.

“It was a sideline-type situation, that I felt like I wanted to try to get him in at the moment,” Wilks said in an interview, explaining his actions after the 24-10 loss. “It’s something we’ll discuss as we get further into the week…I’m going to say this; no one is bigger than the team. I don’t want to focus a lot of attention on one individual.”

However, from Anderson’s perspective, being kicked out of the game was a confusing decision. “I wanted to be in the game,” he said afterward, according to CBS News. “I’ve never had somebody yell to get out of the game. So I was honestly confused and upset by that. I should be.”

RELATED: Warriors’ Draymond Green, 32, Will Return to the Court After Physical Altercation With His Teammate

“I don’t see nobody that is a true competitor, that knows the value they bring and has a true passion for the game, that will be OK with being told not to do something or being taken out of something when they didn’t do nothing wrong,” he added.

Yet, on Monday morning, less than 24 hours since the Carolina Panthers lost to the Los Angeles Rams, Anderson’s team announced that he was being traded to the Arizona Cardinals in exchange for an “undisclosed future draft compensation.”

“The move might not change a lot in the short term for the Panthers, as Anderson had just 13 catches for 206 yards and one touchdown for an offense that struggled in the first six games,” Panthers reporter Darin Gantt said after the trade occurred. “Much of that came on one 75-yard scoring pass in the opener against the Browns.”