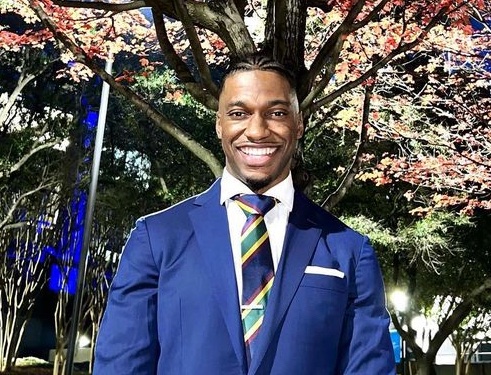 NFL quarterback Robert Griffin III has come forward and disclosed his experience as a target of sexual harassment when he played for the Washington Football Team.

Griffin announced that he has plans to release a book called Surviving Washinton that will be coming out at the beginning of August 2022. Within his upcoming book, the football player aims to walk readers “through one of the most dysfunctional franchises in all of sports.”

“I’m going to detail the medical mismanagement that I received during my time in Washington,” he commented in a Twitter view that discussed his goals. He added the information, “I’m going to open your eyes to the sexual harassment that permeated the walls of that building, and give you a deep dive into a power struggle between one of the most powerful coaches in all of sports and an owner that many of you want gone.”

Upon this proclamation, many individuals questioned if this was in reference to the dozens of reports from women who had claimed to face sexual harassment. However, Griffin went on to clarify that he was speaking from his own personal experience.

However, the toxic work environment of the Washington Football team did not end with sexual harassment. When the NFL came forward with a statement written by commissioner Roger Goodell, he included that the team made the workspace an unsafe space for women and frequently made players go through the motions of work in fear.

Expressing similar views as Griffin, the league concluded, “for many years the workplace environment at the Washington Football Team, both generally and particularly for women, was highly unprofessional.”

They also shared the information, “Bullying and intimidation frequently took place and many described the culture as one of fear, and numerous female employees reported having experienced sexual harassment and a general lack of respect in the workplace.”