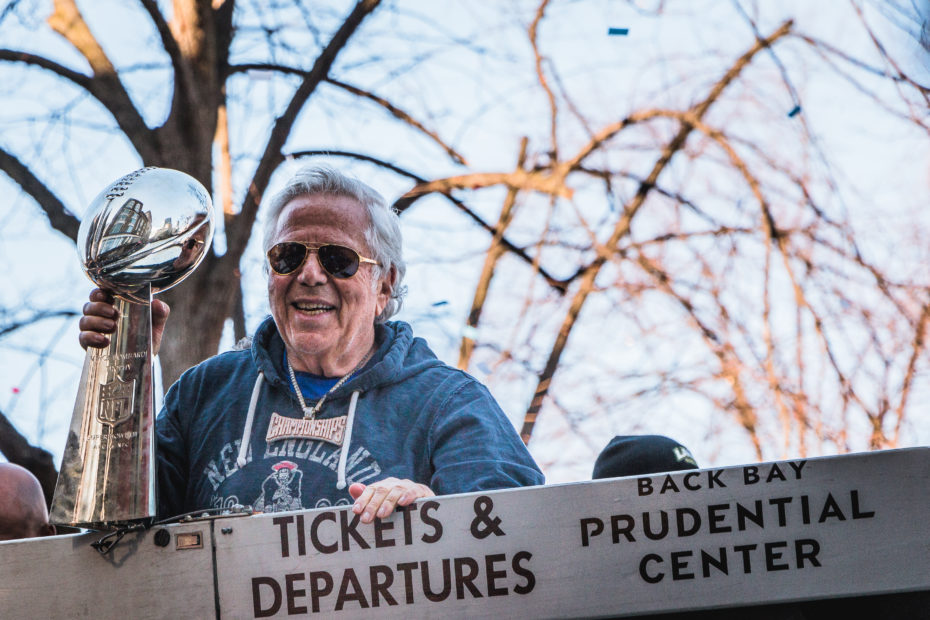 New England franchise owner Robert Kraft made the generous decision to lend the Patriots team plane to University of Virginia football players attending the funeral of their recently slain teammate.

The UVA football team was reportedly exiting their bus after visiting Washington D.C. when the suspect fired his weapon. As of now, Jones Jr. is facing three counts of second-degree murder and three counts of using a handgun in the commission of a felony. University of Virginia police chief Tim Longo shared that the athletes were enjoying a class field trip until “someone amongst them chose to do an act of violence.”

“I cannot find the words to express the devastation and heartache that our team is feeling today after the tragic events last night that resulted in the deaths of Lavel, D’Sean and Devin, and the others who were injured,” Virginia’s head football coach said in a statement, according to ESPN. “These were incredible young men with huge aspirations and extremely bright futures. Our hearts ache for their families, their classmates, and their friends.”

RELATED: Warrant Out for Antonio Brown’s Arrest After a Domestic Assault Incident With a Woman

He proceeded to add the sentiments, “These precious young men were called away too soon. We are all fortunate to have them be a part of our lives. They touched us, inspired us, and worked incredibly hard as representatives of our program, university, and community. Rest in peace, young men.”

As the community mourns the loss of these football players, their teammates sadly prepared for the funerals. And, without hesitation, New England Patriots owner Robert Kraft was willing to lend the Patriots team plane to those attending the funeral of the late UVA players.

Per ESPN reporter Field Yates, Kraft sent the Patriots plane, “to help players get to the three funerals of their fallen teammates held in three different states.” In a tweet, Yates noted that this was a “Classy move by the organization,” and Kraft.

A New England Patriots spokesperson also went on to confirm to NBC Sports that Kraft lent the plane to UVA players, although the franchise owner is yet to make commentary about his actions.