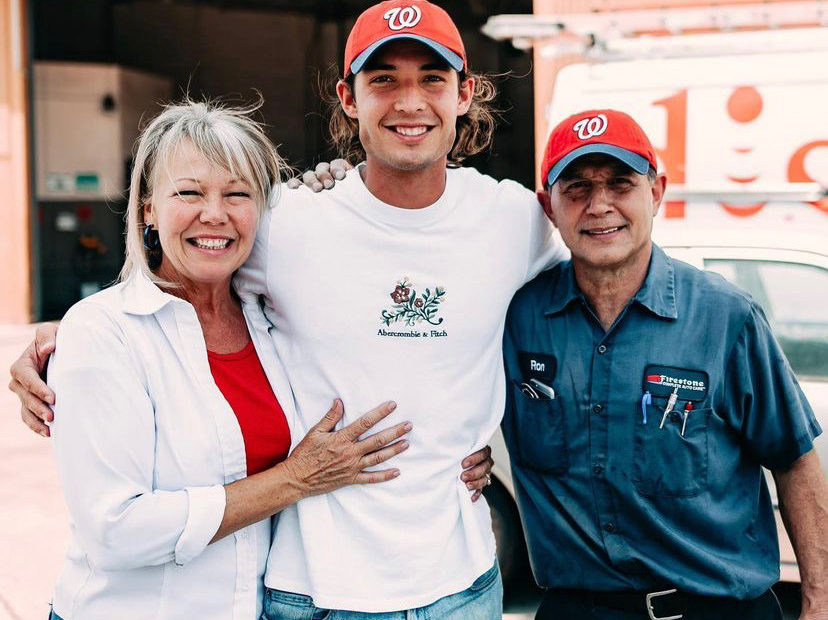 Biola University junior infielder, RobertAnthony Cruz, is responsible for one of the most recent viral videos. The young man shared an amazing video on TikTok of his father finding out the good news that Cruz signed a contract with the Washington Nationals.

Apparently, the infielder was not expecting to get offered a contract. Last Tuesday, the MLB draft came out and Cruz listened for his name carefully, but it was never called. He retreated to his Riverside, California home, strung high with disappointment. However, as he wondered how he would be spending his final year of college, Cruz received a call from the Washington Nationals assistant director, Mark Baca, who said the team would be interested in signing him as an undrafted free agent.

According to the Washington Post, Cruz said in a phone interview, “I hadn’t spoken to scouts in at least a week, so I was thinking I probably wasn’t being considered.”

Apparently, the baseball player cried happy tears to his mother, Cynthia, when he received the incredible news. The two of them began thinking of a more creative way to break the news to RobertAnthony’s father, Ron Cruz.

Alongside his mother Cynthia, RobertAnthony made his way down to a local hat shop in search of two Washington National caps. Once purchased, the two of them drove to Firestone Complete Auto Care, where Ron Cruz works as a mechanic.

The mother and son searched for Ron, Cynthia being the one recording the video on her son’s phone. Once they located Ron, they broke out into an emotional hug. The 61-year-old father said, “Oh, my God, congratulations, son. I’m proud of you,” clearly in shock and awe.

Soon after the celebration, RobertAnthony shared the heartwarming video to TikTok. As of July 19th, the video has over 16-million views and 3-million likes.

RobertAnthony, who also shares his photography skills on his Instagram account, had nothing but positive regards to give his father. He said, “Since I was about 9 years old, my dad has always thrown me batting practice whenever he gets off work.”

He included, “He’ll work a long day, and I’m sure he’s tired, but he’s never said not one time. Last summer, with covid and everything, I didn’t have anywhere to train. He was throwing me batting practice every day after work. It was super special to be able to celebrate him a little bit with that video because he’s the hardest worker I know.”

Undoubtedly, this is a very exciting time for the Cruz family! With his impressive stats of, “batting .384 with a .480 on-base percentage, a .712 slugging percentage, 11 home runs, 38 RBI, and eight stolen bases this year,” the Washington Nationals are surely welcoming an incredible new rookie.