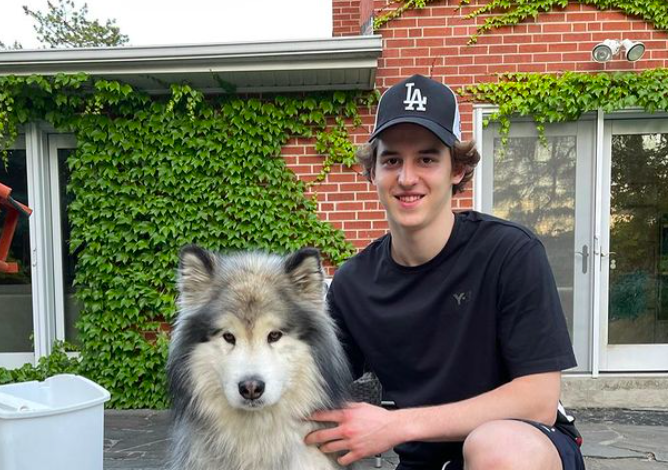 The Toronto Maple Leafs revealed that their 2020 15th overall draft pick Rodion Amirov has been diagnosed with a brain tumor.

On Wednesday, the unfortunate news was passed on by Toronto Maple Leafs General Manager Kyle Dubas. Dubas shared that the 20-year-old forward will be taking the rest of the season off while he undergoes treatment in Germany.

“Rodion is in good spirits and is determined to return back to professional hockey,” Dan Milstein, who works as the athlete’s agent, relayed in a post on social media. Milstein also noted that Amirov, who has been playing in the Kontinental Hockey League since 2020, has been “skating three times a week and working out every day” since his diagnosis.

The Maple Leafs reported that the forward player suffered an injury at the start of his 2021-22 KHL season with Salavat Ufa, but upon investigation, he had a far bigger problem than his initial physical ailment. It was reported that Amirov “developed some new, unrelated symptoms”, to which a brain tumor was discovered after doctors extensively investigated him.

“Our medical staff has been involved throughout the process alongside Ufa’s and we are in direct contact with the facility on an ongoing basis to monitor his treatment and care,” the team reported.

They continued their statement with the sentiments, “Rodion has the complete support of the Toronto Maple Leafs organization and we will continue to ensure he receives the best care possible throughout this process.”

When the athlete sat down for an interview with SportsNet, he opened up about his recent diagnosis. Using his agent as a translator he explained that he is trying to remain positive, despite this difficult point in his life. He also noted that other hockey players who have been candid about cancer diagnosis have helped him process his emotions.

“I want to stay positive, and I want people to think positively about me,” he shared. “There are many other people that have their own sicknesses or illnesses. I want to show by example that I can give people hope.”

In addition, Milstein noted that hockey organizations are doing everything in their power to make this player as comfortable as possible.

“Rodion Amirov was 16 when we first met. In the past month, I’ve seen how he’s even more impressive off the ice as he is on it,” the agent said. “Supported by two first-class organizations, we will do everything we can to help Rodion and his family during this challenging time.”