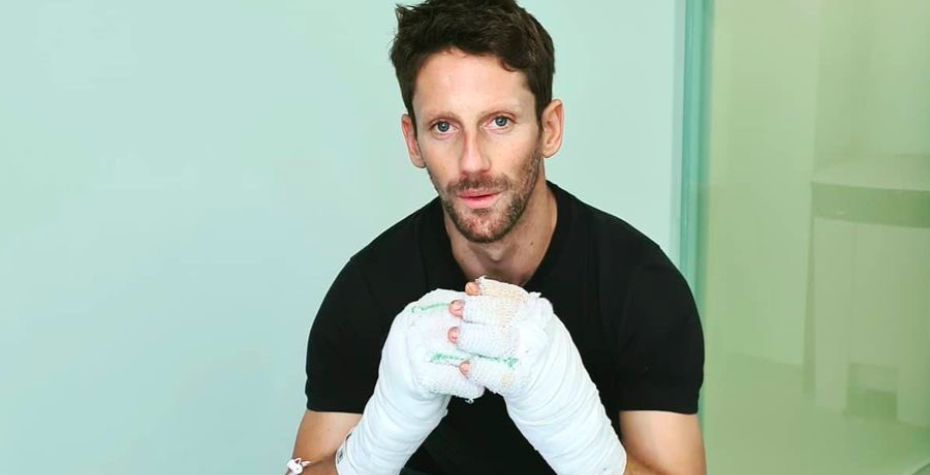 ‘I’m Happy To Be Alive And To Talk To You’: Romain Grosjean Survives Scary Formula 1 Race Car Crash, Thanks Heroes Who Helped Driver Out Of The Flames

‘I’m Happy To Be Alive And To Talk To You’: Romain Grosjean Survives Scary Formula 1 Race Car Crash, Thanks Heroes Who Helped Driver Out Of The Flames

In what was just another Formula One race during the 2020 Bahrain Grand Prix for driver Romain Grosjean, it turned into one of the scariest days of his life.

During the first lap, according to Good Morning America, is when Grosjean’s car took a turn for the worst. Quite literally.

“We are so incredibly thankful that Romain Grosjean was able to walk away from this crash in Bahrain…A reminder of the bravery and brilliance of our drivers, marshals, and medical teams, and of the advances in safety in our sport,” Formula 1 said in the YouTube video description of the crash.

Here was the crash and Formula One cautions in the video description to “please be aware that there is some graphic footage included in this video”:

Grosjean thanked the medical personnel and marshals who helped rescue the driver from his car and get him to safety:

The Haas F1 Team said Grosjean was getting treatment for burns on the backs of both of his hands after the crash.

In an updated on Twitter in the hospital on December 1, Grosjean thanked everyone for the messages as people were showing their support for the driver.

“After what happened, I guess the pain is not too bad so yes, I’m happy to be alive and to talk to you,” Grosjean said.

After Grosjean was eventually released from the hospital, it seemed Grosjean was in good spirits throughout his recovery.

Grosjean thanked everyone for the messages, support, and love, saying it’s “been incredible to see during this difficult time.”

And in an exclusive with Sky Sports F1, Grosjean describes what it was like exiting the car crash, thinking about his children:

“I thought about my kids and I said, ‘No, I cannot die today. For my kids, I cannot die, I’ve got to see them’,” Grosjean told Sky Sports F1.

Grosjean said to Sky Sports F1 he could feel the pain and the burn in his hands, then got out of the car, jumping on the barrier, feeling (Dr. Ian Roberts) pulling him (out of the car).

“That was an extraordinary feeling,” Grosjean said to Sky Sports F1. “When he pulls me, I’m like, ‘There’s someone with me, I’m alive’.”

Grosjean announced he won’t be racing in the next F1 race, the Abu Dhabi Grand Prix, for his health and safety, to not take the risk of racing. Grosjean cited it was a “very difficult decision but it’s the best one for (his) future.”

Not racing also equates to being able to spend time with his wife, Marion Jolles Grosjean, celebrating her birthday: