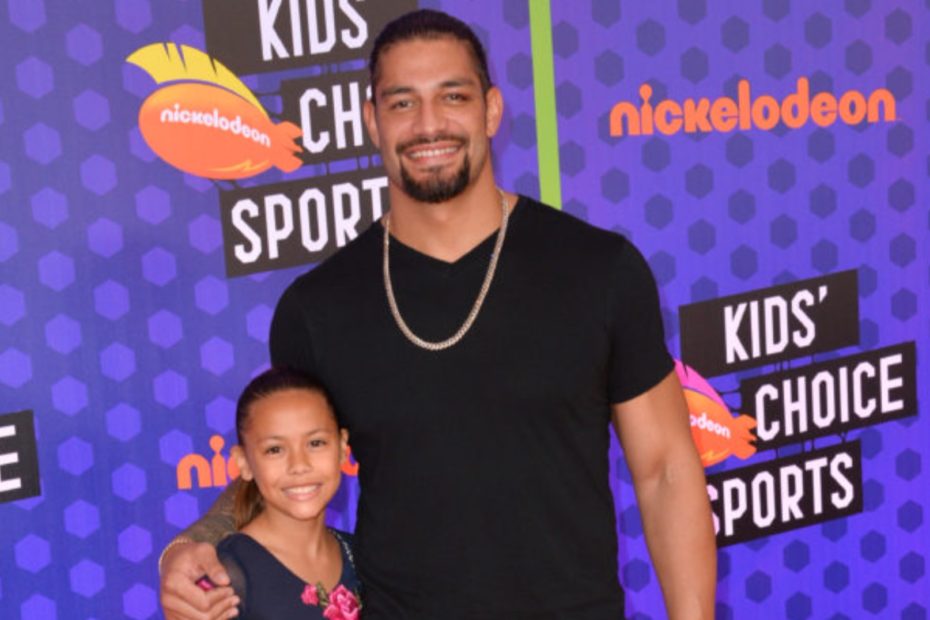 Making an appearance on The Tonight Show Starring Jimmy Fallon, professional wrestler Roman Reigns discussed what he does to embarrass his teenage daughter.

The 36-year-old’s sinister scheme is actually quite simple: he blasts Christmas music while dropping off his daughter at school. “She’s about to turn 14, she’s the handful right now,” the wrestler said of his daughter Joelle.

He then explained why Christmas music is the perfect concoction of embarrassment. Still discussing his daughter, Reigns shared, “She was explaining to me that right now the whole Christmas music before Thanksgiving is a big thing, they’re trying to cancel this whole situation and Mariah Carey, and that’s just crazy to me.”

“So we’re pulling up and I’m dropping her off at school, it’s like a little circle you have to drop them off at, and as soon as we pull up to the circle I just crank ‘All I Want for Christmas Is You,'” he continued, describing the story in vivid detail. “And I turn it down to tell her I love her and goodbye and as soon as she opens the door I just crank it up. She melts.”

Roman Reigns emabrasses his daughter in front of her MULTIPLE friends!

However, this was only the build-up to the grand finale awkwardness for 13-year-old Joelle. Reigns noted the cherry on top was the fact that there were “five of her friends turning the corner, going to class and witnessing this whole situation.”

The WWE star then recalled his daughter closing the door of the car almost instantaneously before realizing “she has a project in the backseat”, which forced her to return back to the vehicle where her father had cranked the holiday music once more.

Of course, Jimmy Fallon had All I Want For Christmas Is You by Mariah Carey playing once he heard the hilarious story. “I just love that,” Fallon said to Reigns with a cheerful laugh.

Alongside his 13-year-old daughter, Reigns also confirmed that he has a new set of twins that are “about a year and a half.” The wrestler and his wife Galina Becker have been married since 2014 and also share a set of 5-year-old twin boys.

He initially announced the news that his wife was expecting another set in April of 2020 during an interview when asked about his three children. “Three with two in the oven, so I’m looking to be papa bear five. Breaking news — we haven’t really shared that,” Reigns said at the time.